Glad to hear about the progress!
I'm loving that rendered shot you aquaintence sent over. The lighting and animation look pretty good.

It does look like the ship passes through a part of the bridge as it decends, but otherwise I'm loving it.

Looking good! Keep it up.

Also, and this something that bothers me even in professional CG shots, is that the camera should have realistic physical limitations as far as speed, accelleration, change of direction, etc. Maybe it has difficulty keeping up with the ship it's shooting, maybe struggles to keep the ship in camera frame, as if it were actually being shot from another ship rather than a virtual camera. Even if there isn't supposed to be another ship there, traditionally in live action we've seen things shot from helicopters or cranes, so when a virtual camera doesn't have the physical limitations of a traditional camera, it can feel floaty and fake, even if the subject is well animated.

A small update since last week was a bit "meh" on progress. 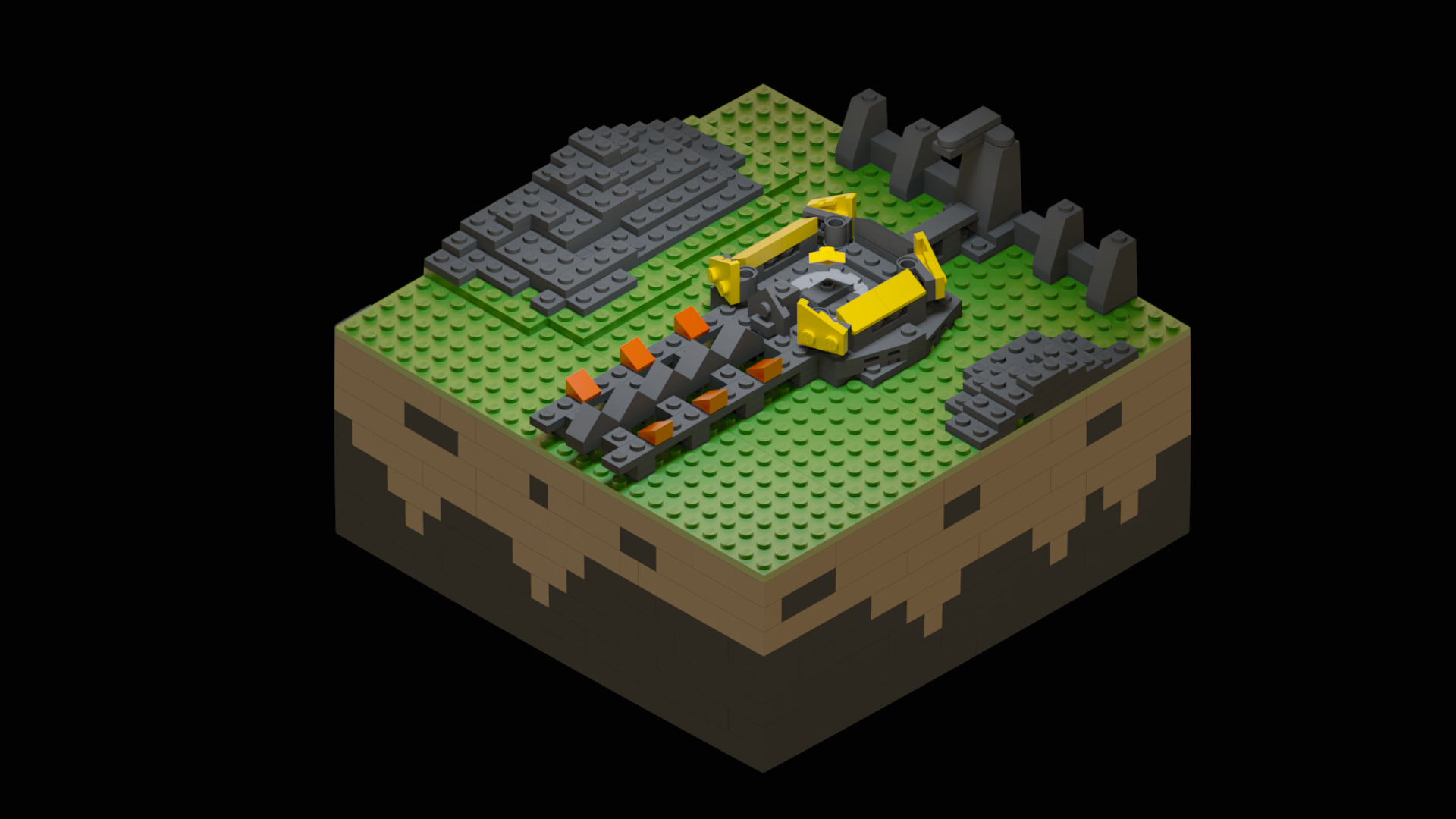 the bridge scene is now built at the micro scale, no idea if its going to be used but hey, this only took 3 hours to build so its not like it took any time really

And another small (medium sized) update: 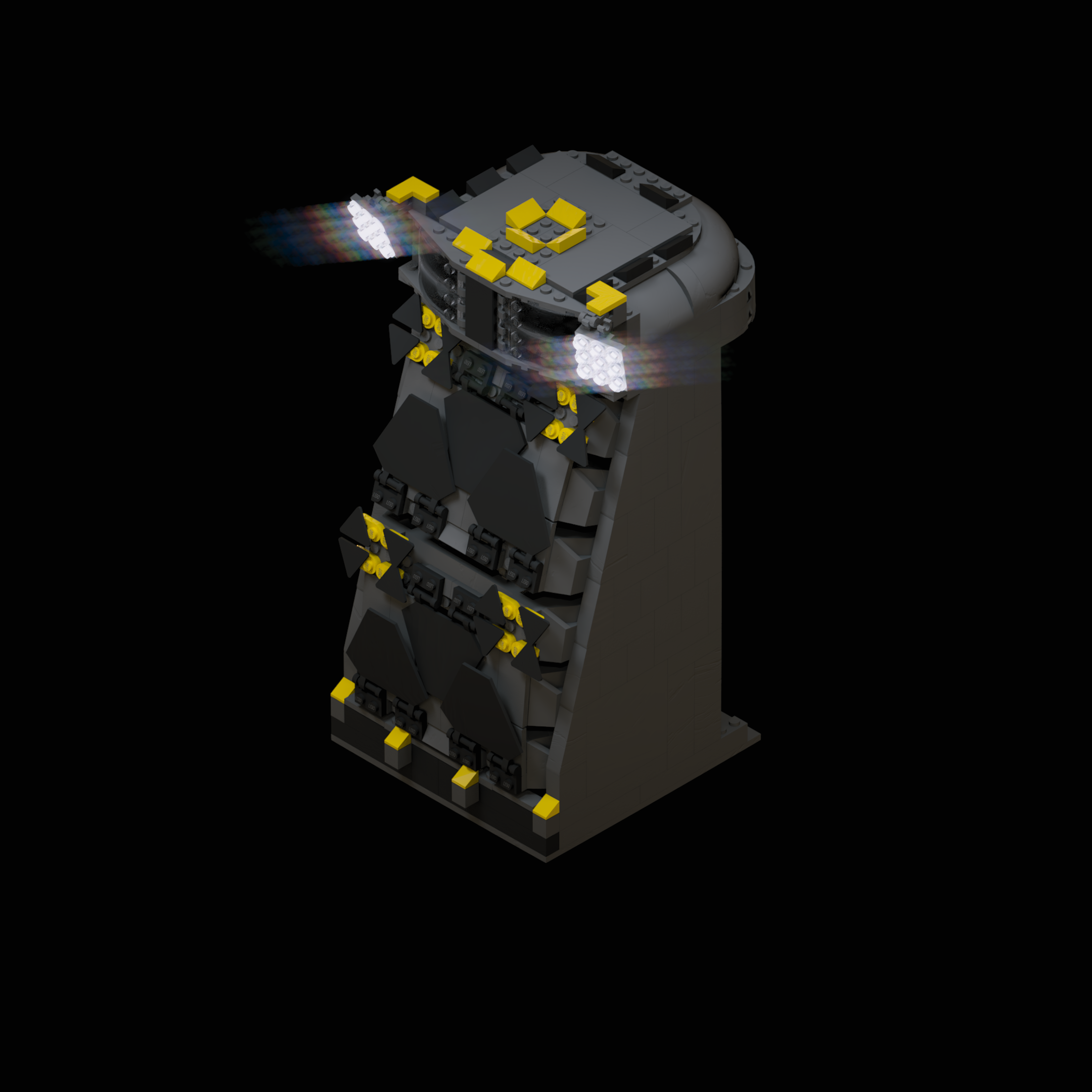 And another week has passed!

New member on the script team, the other guy hasn’t provided any content so far so I had to move on sadly.

As always, if you would like to help, there are many things that can be done that I can’t do or would help speed up the building process, and your assistance would be greatly appreciated! 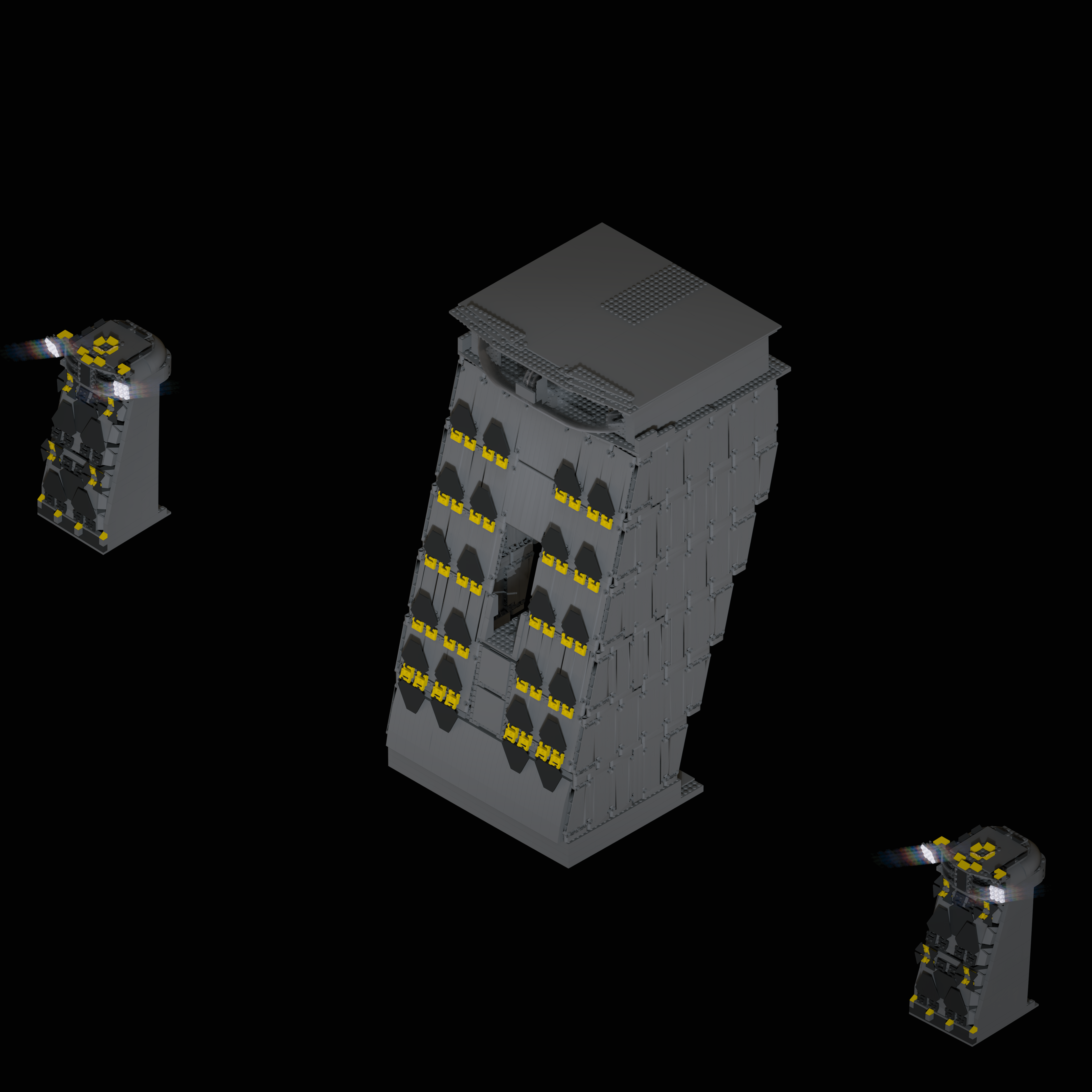 Another week has passed, this week 2 new script writers have come on board, Pritchard & Kenton.

Also, the wall was built & the reactor is on its 2nd version. 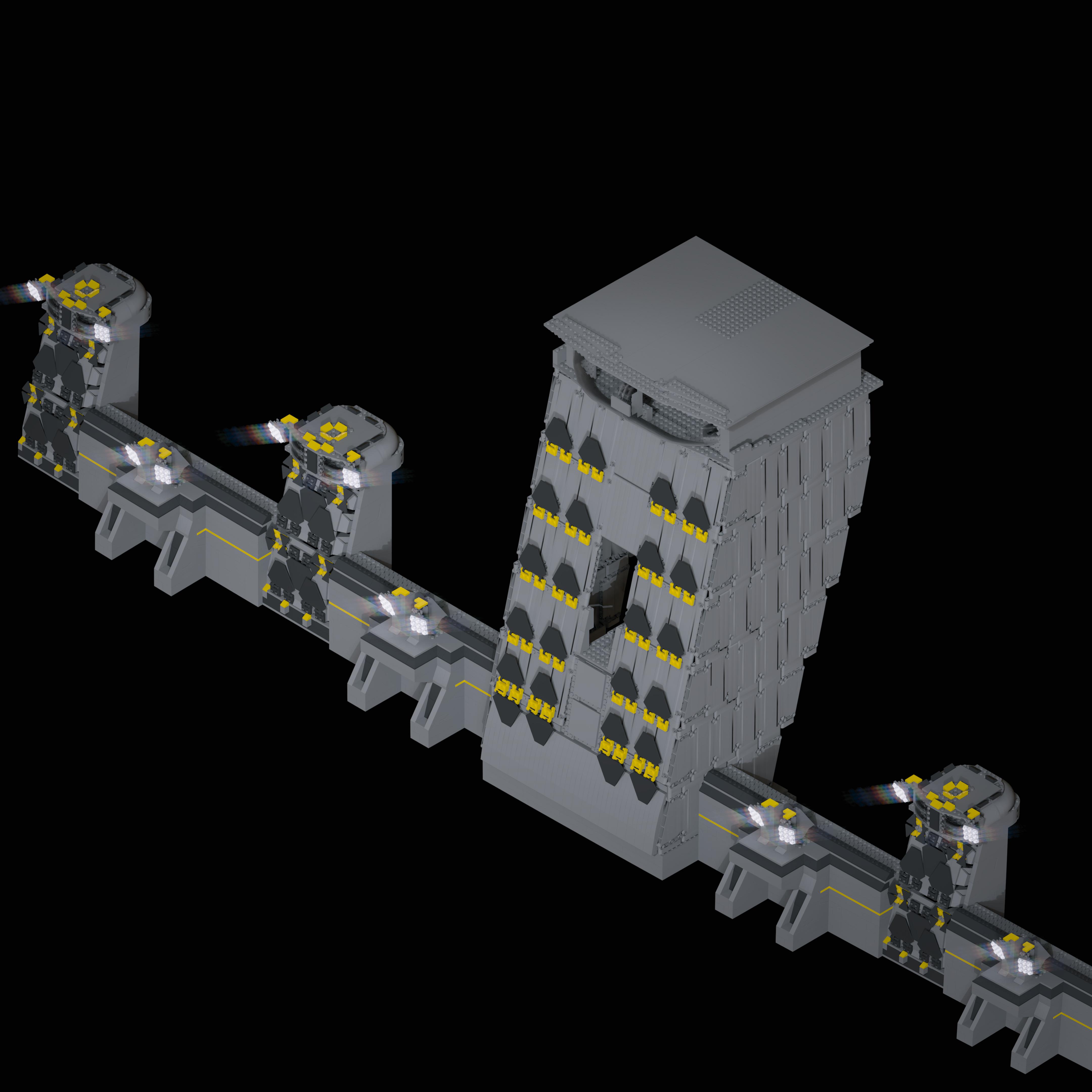 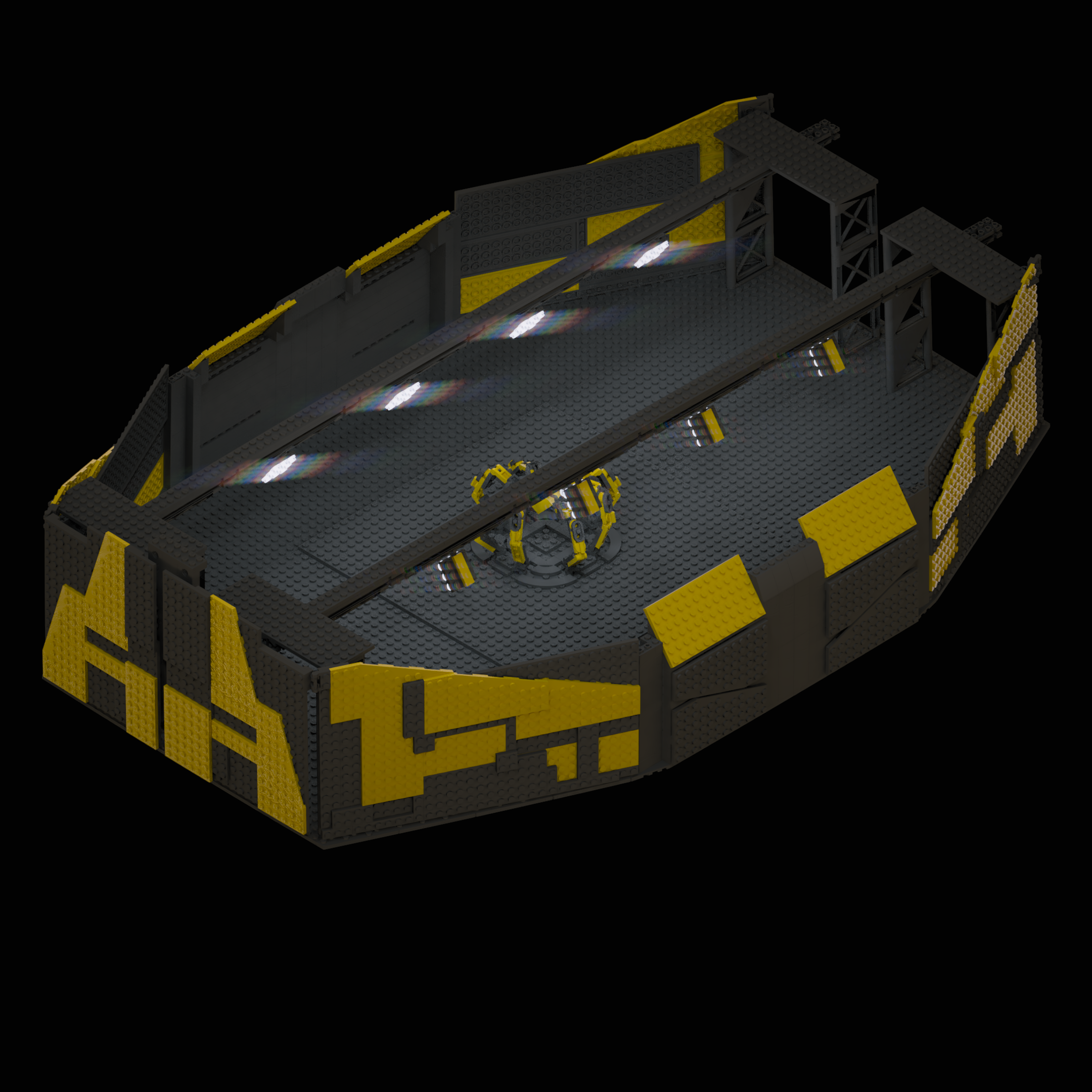 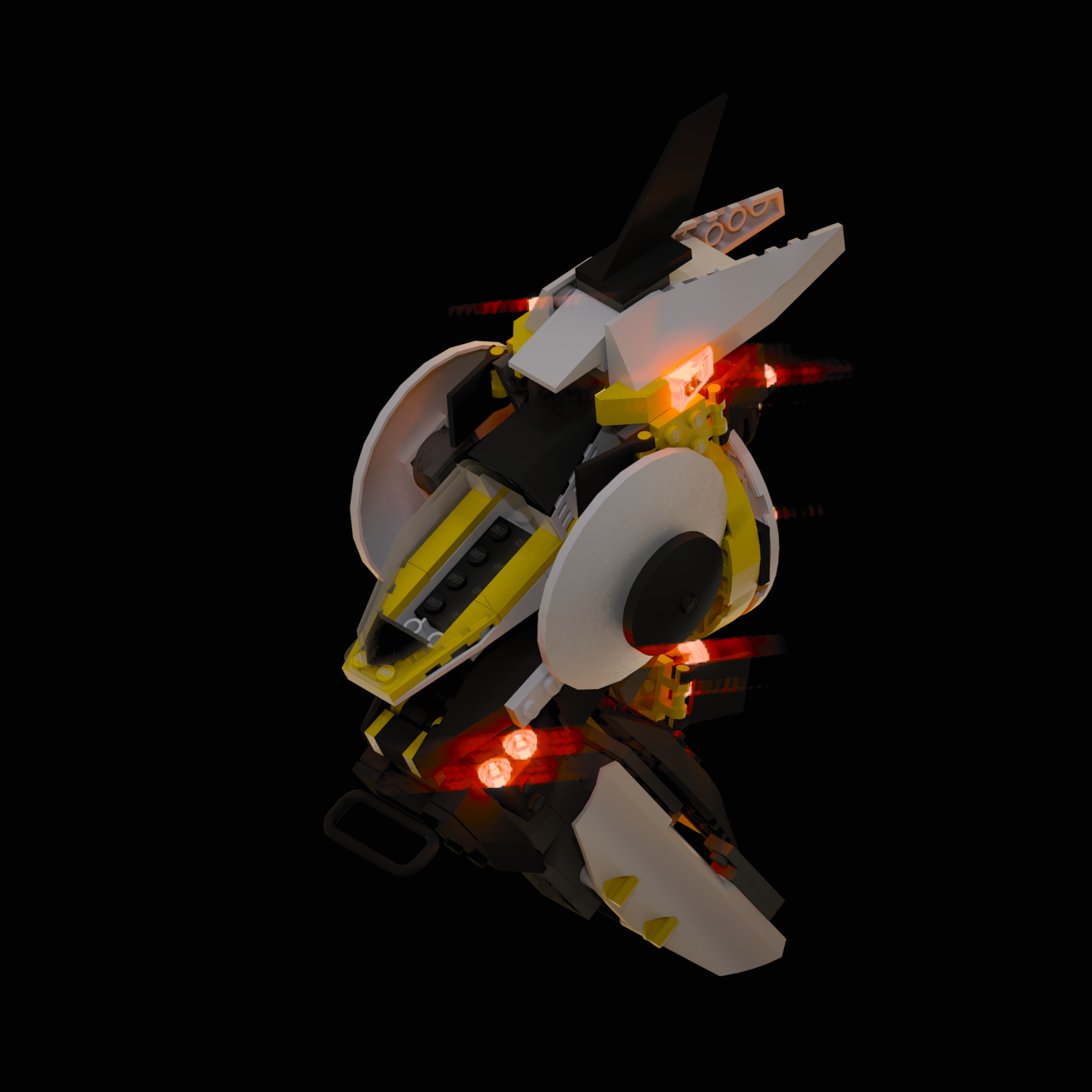 Not sure if it will be used, but there you go

Wow! its been awhile!

So lets get to some updates!

firstly, There has been a ton of progress on the script, so much so that we have roughly the 1st scene nailed down for writing.

And the assets are about 30% done. Peweh. That last 5% was a killer! Dropship: 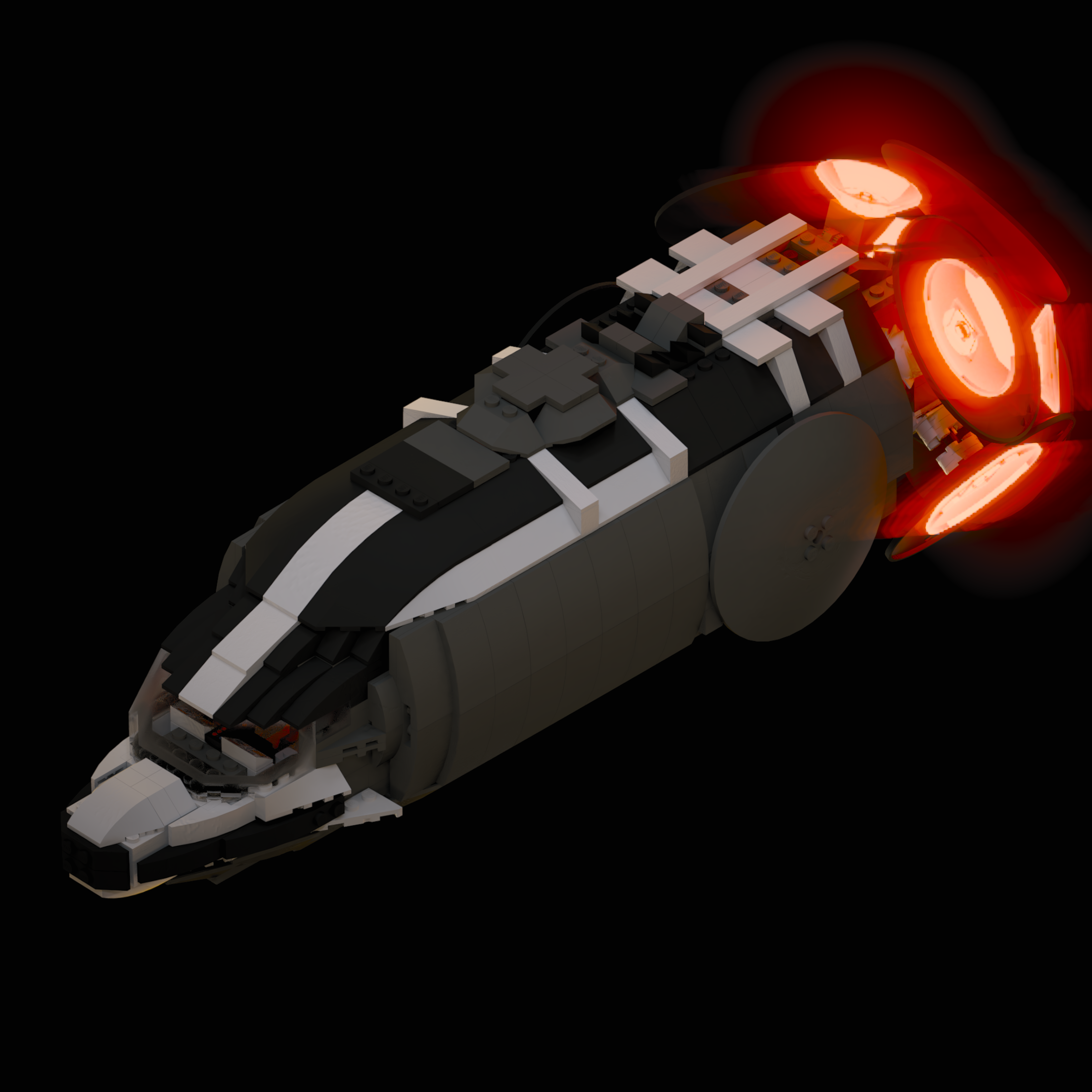 So the last few weeks have been somewhat slow, but I have a great reason! I am moving! I've lived in the same house for 19 years that was a good deal too small for my family. And as you can guess that can throw a monkey bar into the gears of a well oiled brickproduction. Things happen.

Here is V2 of the bridge, it might be too narrow but we'll see. Also cool, the bridge plate is a piece that is super rare and was discontinued in 2003! 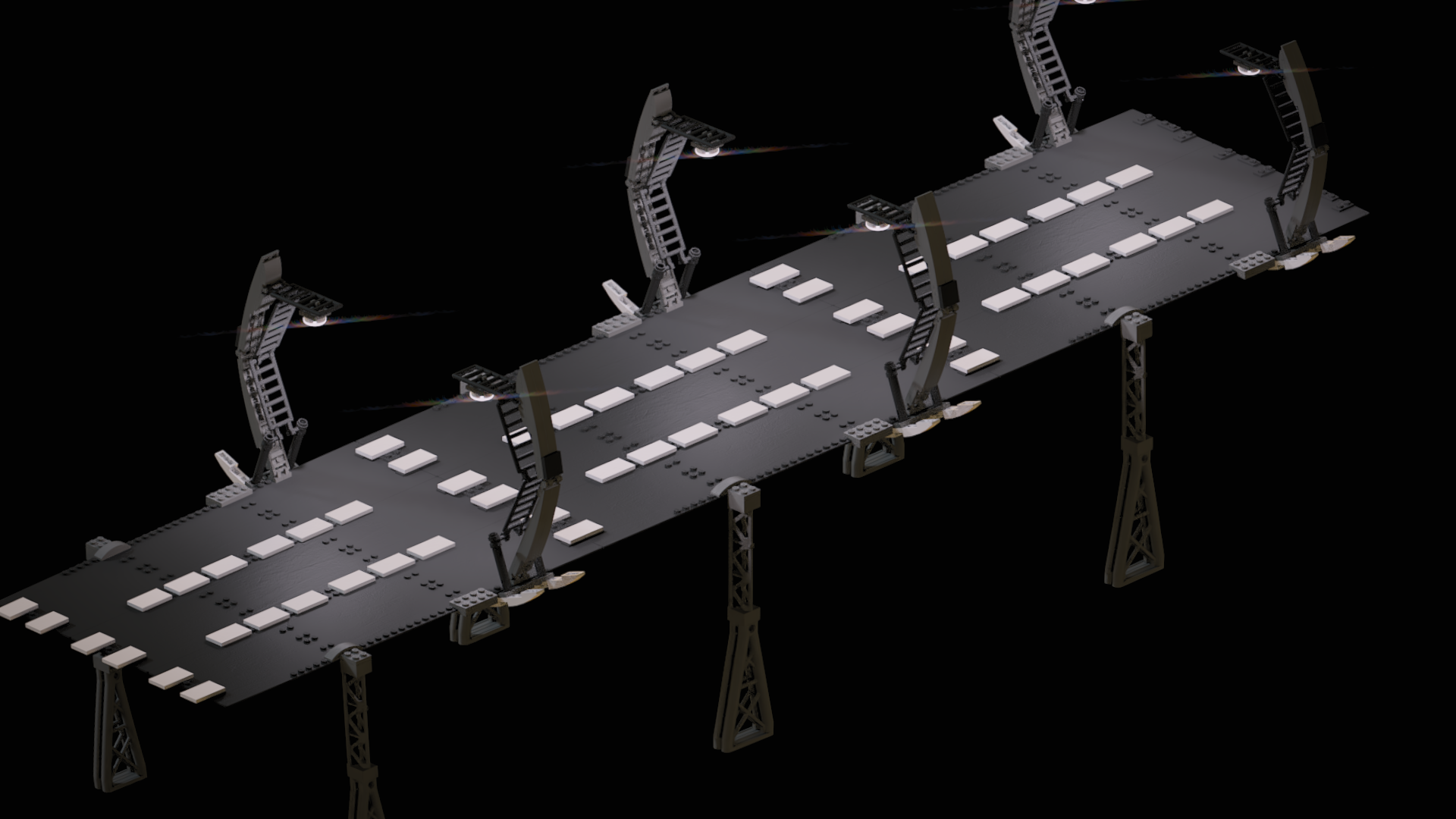 Needless to say, we all love to visit the tower! located ever so conveniently after the reactor room you can take this lovely subway to see all of your favorite - err spoiler alert (not telling) 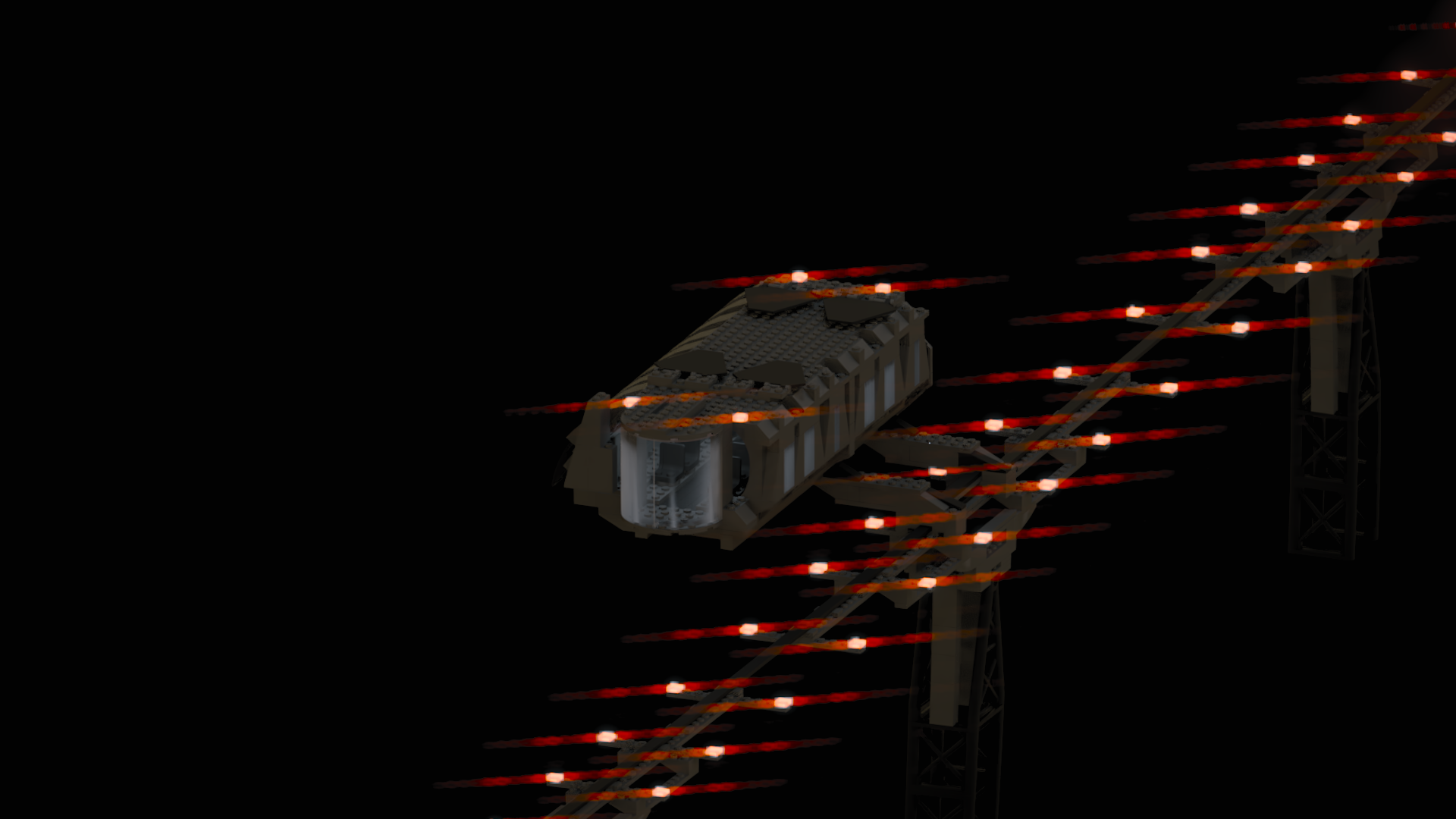 And lastly on the subject of moving items, water. It ebbs, it flows, and soon Pritcherds film will be out for everyone to enjoy!

OFC, when he asked for a small issue to be fixed, I went ahead and ruined it!

Ehh what a friends for right?

Its been 25 days for goodness sake where are my manners?

Two weeks ago I started moving by sanding 2,600 SQ. FT. of walls in my new house. Needless to say, there really wasn't much time to "grind" on the lego project. (heh heh)

Last week myself and about 20 other slightly stronger helpers (ok much stronger helpers!) moved the furniture from my old house to the new house. We had already moved most of the boxes to the rooms the day before (Friday) and so all that was left was the couches, beds and such.

So you might be wondering, where is your new studio T_D? Well I am glad you asked! 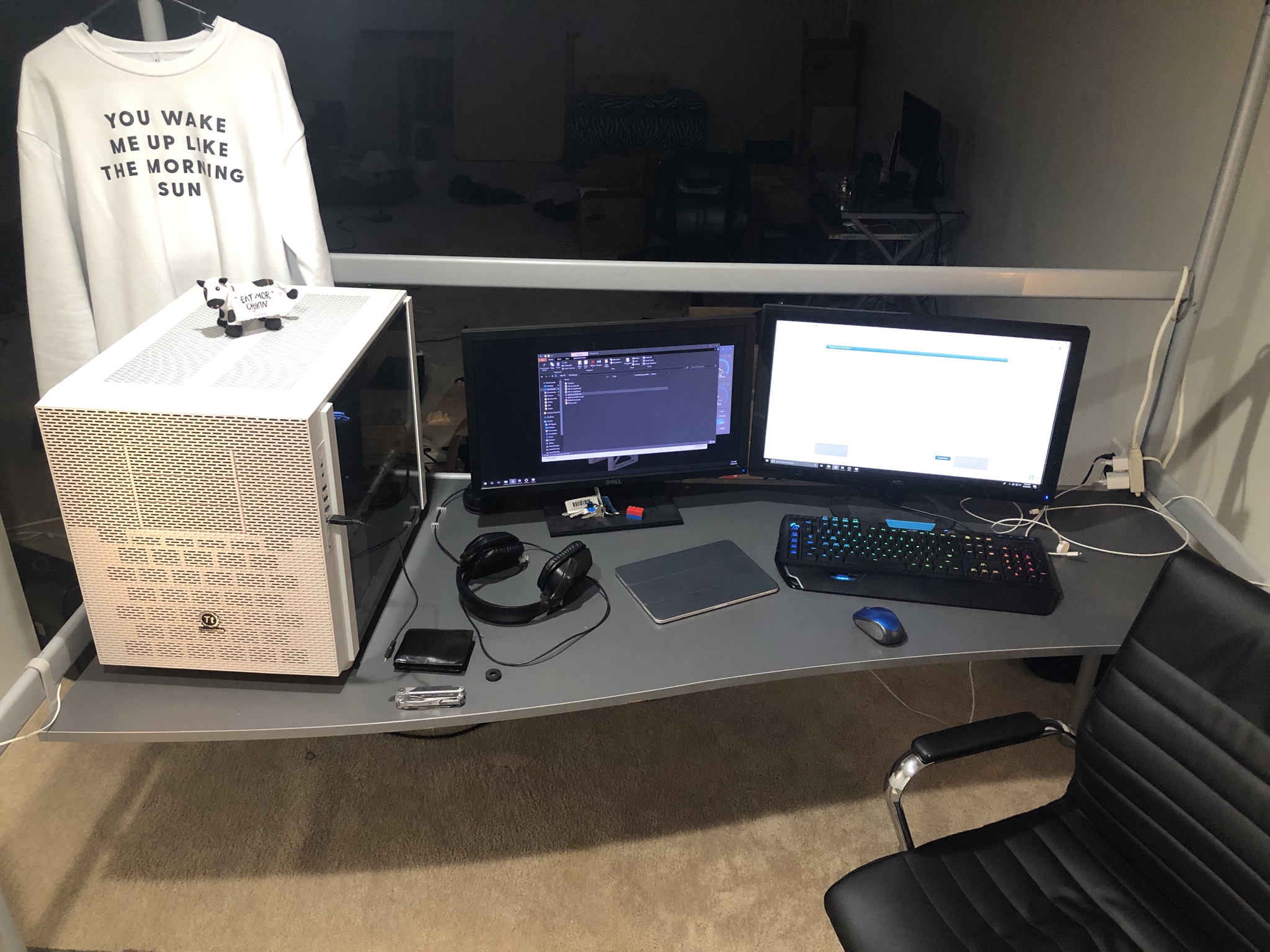 I get most of the basement! We will be building a few walls to make bedrooms for myself & my brother, At this stage we are finishing the 1st floor before we start on the basement.

Needless to say, it was a "moving" moment when we were all finished.

Scene 1 is now fully scripted! We had laid the rough draft a while ago but I now mostly know what needs to be finished.

A few weeks ago we settled on the title of the film series!

For those who don't already know, the goal is for a total of 4 films to be produced, each around 5-8 minutes long with a emphasis on quality.

Multiple assets have been drawn up, and are in their stages of the pipeline. At this point however, I am restricting the amount of content that gets sent out, so only tiny pieces will be released as of now.

This week facial animation gets another look! There are so many small pieces that need to be built but this is the biggest. Animating character faces is the hardest as I want to keep the faces looking like animated stickers and not an physical mouth, eyes ect.

Pritcherd ( you know, the guy with the aousome Star Trek film he is correctly working on?) has built a new AA gun for the opening scene, check it out below! 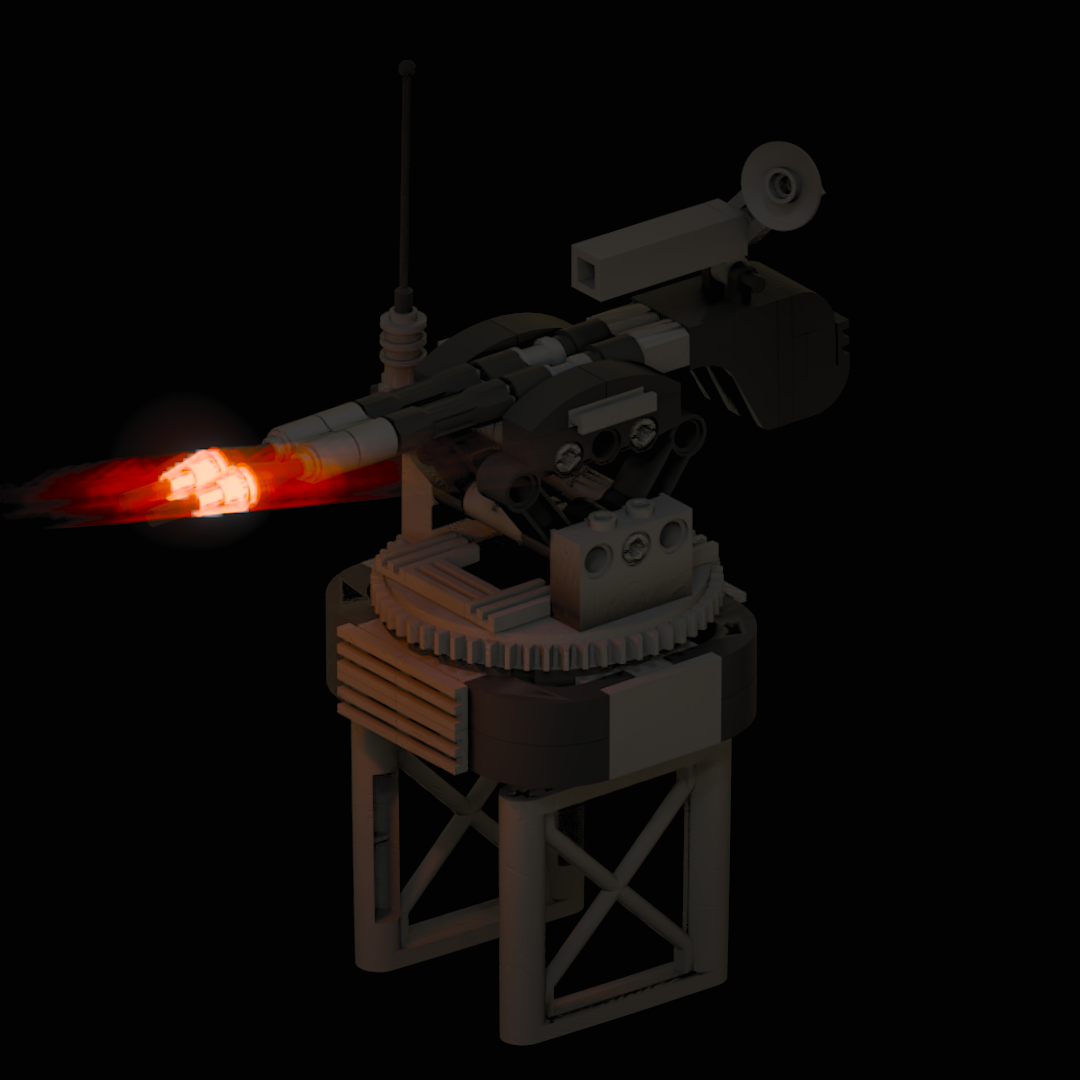 Small update this week, characters are being tied down to what they will look like, last Saturday I worked on the textures for the mini figures, and a helmet was brought in yesterday.

The script was rewritten by Kenton for a 3rd pass, scene 1 is in the progress of being built now.

For this week, I plan on recording myself saying the lines for scene 1 and recording the face animations.

It’s a lot of parts and a ton of work so far, I keep looking back and thinking “I thought this would be simple” thankfully it’s not! One of the nicest things is that it’s all problem solving, which I do for work all day, so doing it on a project I love makes it enjoyable.

Much was done, much still to do.

The main characters was narrowed down to 5 from 6, and they are finally created! There will be some tweeks from here to launch but please see this lovely render of the crew: 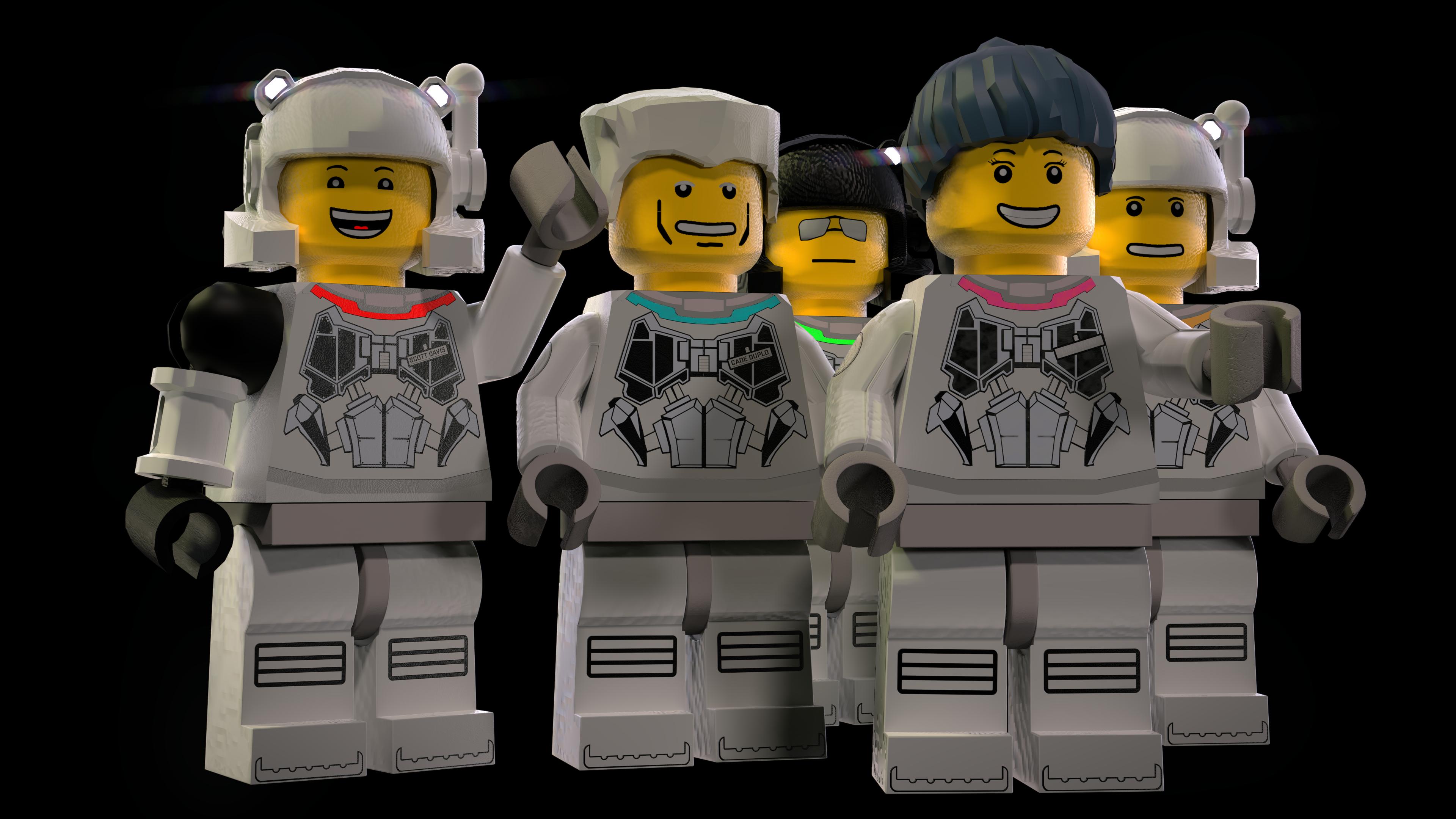 Pricherd has kindly provided a test sample of audio for scene 1, which I am in the process of animating now.

Things should start progressing faster, as the grunt work has been finished, its on to animating every scene & then the post production work.

As a quick reminder, I am always looking for volunteers, even after this first film there will be 3 more before I will call this project as finished and move on the the next brickfilm, so I need as many resources to call on as possible.

The needs are: (in no order)

Voice Actors: Please have good equipment to record with.
We have 5 main characters, generic guards and a main antagonist, as well as sound effects which could be voiced as well. Also we will be reusing the characters throughout the next 3 films (total of 4 films) so being able to come back and retake a recording as well as being available for the next few years is important.

Set builders: We use Stud.io for set construction, at this stage its safe to say that we can look into the next set of films and start building our asset library. Again this is an online CGI film, so you don't need to build the sets in real life and you dont need a great computer to build the assets!

Animation & set criticism: One of the biggest things with this project is getting things to look great. I am setting the bar as high as I can and having members who can just sit back and say what they think could make something better is a huge part of this production.

Thanks all, see you soon
T_D

Yeah, building asset is time consuming.  I should probably put up my assets since there's a lot of CG animators now.

It’s been 3 months, so it’s time for another update!

There has been a great deal of progress, on multiple fronts.
Scene 1 is about 1/4th done, with most of the time spent on animating the scene.

My computer rig was upgraded to a i7-8700K which helps with speeding up a few CPU tasks, as well as a new 4K monitor with excellent color accuracy.

In real life news I am looking for a new location to work, so the amount of time spent on the project was greatly reduced unfortunately.

In other news I would like to send out a casting call for the project, just let me know what your availability is to discuss details.