Go ahead and post story ideas here whenever you have them, this way we can all get inspired and see where this thing is headed.

I'm from Catalonia and I don't understand the concept of the Stories,

Could you explain me easier to understand what the stories have to be like?

elDrac13, thanks for asking, I'll try to be more specific. Here is the format I was imagining. The "framing device" is the main segment of the show, set in the present day. Each of the brickfilmers in the present day take a turn telling their favorite memory story to the rest of the group. As one person begins telling his story, the scene dissolves to the past, showing the events that he is talking about. At the end of that person's story, the scene dissolves back into the present moment, where the person finishes telling the story and the rest of the group react. And then it's someone else's turn.

As for the content of the story, just imagine we are all in the room, and tell us a memorable anecdote. It can be about something joyful, sad, funny, frustrating, etc. whatever story you feel like telling, but it should be a true story.

This sounds great! I'd love to help in any way, and if I can I'll definitely try and do a story, and only do a commercial if I have no other alternative. Hopefully, we will get more people involved in this, because I love this idea!

Do you think we should start up a fresh thread for stories and ideas for contributors only? Just a thought.

Sounds awesome! If I can I MAY contribute, though my stop motion skills are a bit weak

Evolved Turtle and Stopmotion Philms, don't let anything hold you back. I want to hear your stories! The only way to hone your skills is to create videos. And if your camera broke, find a cheap webcam or something, you can get a decent webcam online for under $5. Let's do this thing!

Brickman, I'm okay with keeping everything in one spot, where everybody knows how to find it.

Update, I found the old family video, and the audio is not great, but it just might do. Boy is my family weird!

So do the commercials have to be real commercials? What kind of animation are you looking for? I'm very VERY interested (only because I read about the spirit of adventure contest a day after it ended.) I make animations, but I'm more of a middle ground. I use my phone and have sometimes shaky videos. But they aren't too bad. I can do it (sort of) exceptionally well. If you want me to. (Or I can do it not so exceptionally well.) Thanks for posting this.

Parody commercials are ok too, but be sure not to use any logos, music, etc. For example, a fake Reebok commercial might be called Rebounds, Ford becomes Fjord, etc. It's not only a way to avoid copyright issues, it's actually more fun that way.

Also, not content related, I realized that many of us use different frame rates. I'm going to suggest that 24 or 12 fps are preferred for this project. 24 for anyone who wants to do something really smooth, since I'm assuming nobody wants to animate at 30fps. If you're only comfortable with 15, that's ok, and I'll try to make it work. What ends up happening when putting 15fps into a 24fps project is that some of the frames are duplicated, but not all of them, so I think it's every 4th frame will be onscreen slightly shorter than the others, or something like that. So for that reason, 12fps will probably look a little more even than 15 and will reduce the amount of frames you need to shoot

I would suggest making 15 the standard; I believe around here it is the most widely used by far.

First, I love the idea. I mean, I like community projects in general, but this one has done great story potential. I'd love to participate, however, I'm not ready to commit until it becomes more concrete, and I figure out how in the world I'll make time to do it. Still, that's a side issue.

I would heavily lobby for 15fps. It's the modern standard, and the choice of most everyone on the site. However, it is good that you are thinking of that so far ahead. At this point, you probably need to come up with a rough outline, then begin filling spots. For example:

Now, obviously, that will change as participants join or leave, but it will help you see the ratio of commercials to stories, and help guide people in their own projects. I, should I participate, will do a story, but as has been said, most guys would prefer the freedom of a crazy commercial, and you may have to direct them back to the outline to keep things from getting too heavily weighted that way.

You also need to be getting a script together for the opener and conclusion, as well as sig fig designs in. These few months will fly by, and it'll be here before you know it.

Anyway, carry on, it looks awesome. You have my moral support.

So 15fps is really that common? I had no ida. If that's what people want to do then we can make that the goal for this show. The option is still open for 30fps in case anyone wants to shoot anything "on ones" for fast bits.

Pritchard, thanks for the $0.02 it's a good organizational idea. I have a notebook from a college class I had, that I need to dig up. The class was taught by a former TV producer and he outlined, to the half minute, the format for a half hour show, which I thought would be a good tool for breaking it down and figuring out exactly how much time we have, how many commercial slots, etc.

This is a wonderful idea, thistof! My summer was full with moving so I couldn't do any brickfilming, but I'll definitely participate in this awesome project! I also really like your idea of animating the old family VHS.

I was thinking of doing a short and simple story segment (for which I have two ideas): as a kid I was obsessed with LEGO (I think most people here can relate

) and of course, Christmas was a time when Santa brought LEGO sets. However there was one Christmas when I didn't get any and I'm planning to film it as an exaggeratedly dramatic event.
My other ideo is also about presents: I have three younger brothers (all of whom have a fascination with LEGO as well). My younges brother got a LEGO set from Santa which he already had. This was funny enough, but on the next day, there was another gift for my youngest brother under the tree. He opened it and it contained the very same LEGO set for the third time! It was a prank by my two older siblings, of course, but since then this became a tradition: we repackage this LEGO set for him every Christmas, mostly in a way that he doesn't expect it: this Christmas it was  hidden inside the box of another LEGO set.

So these are my ideas, I would appreciate all kinds of feedback. I would very much like to do at least one of these, or a trailer for some kind of Christmas blockbuster for the commercial break, but I prefer doing a story segment.

Arginnon, this is awesome, I love that you prefer to do a story segment, we'll be needing more of those. Of course there's nothing stopping you from doing a commercial as well, but one thing at a time I suppose.

The first idea is funny, but the second idea really stands out to me. It's something totally relatable, one of those fun family quirks that really goes beyond the expected archetypes and lets us all enjoy a moment in the lives of you and your brothers. This family moment is really captures the essence of what holidays are all about, and I think would be a really strong and interesting anecdote. The repackaged lego set gets my vote! Just out of curiosity, what set was it?

Just out of curiosity, what set was it? 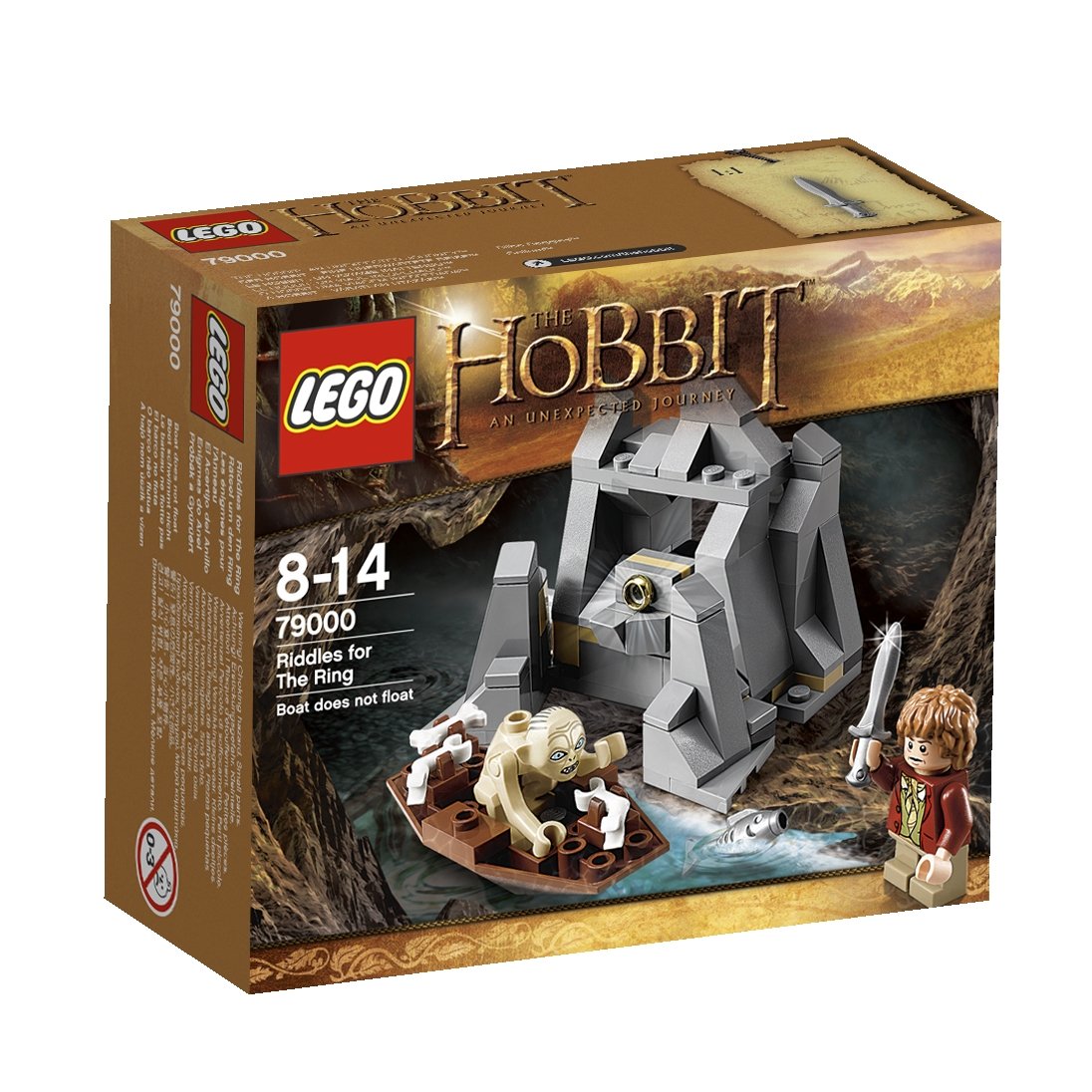 It was Riddles for the Ring

Thank you for the feedback, I think I'll go ahead and outline the script for the Repackaged Gift story idea!

It was Riddles for the Ring

I'm working on the set for my story, so far I have part of the wall with the radiator, the video camera, and two red armchairs, which will stand in as the same red chair, but one is built at twice the scale for when the "kids" are in the chair to make them look smaller. I'm thinking of trying to shoot the footage with the Lego webcam https://www.bricklink.com/v2/catalog/ca … =C&C=9 I picked up at a swap meet a while back. I never used it because the footage is so awful, but it might just be right for the crummy look of old video tape. If not, I'll prob use the PS3 eye, which I've already tested and will look perfect.

I started a new production thread for the actual production topic. For any general questions, this is still the spot. If you're working on something, post some pics over there so we can inspire each other. I completed my first shot today, and you can check it out there.
http://www.bricksinmotion.com/forums/to … on-thread/