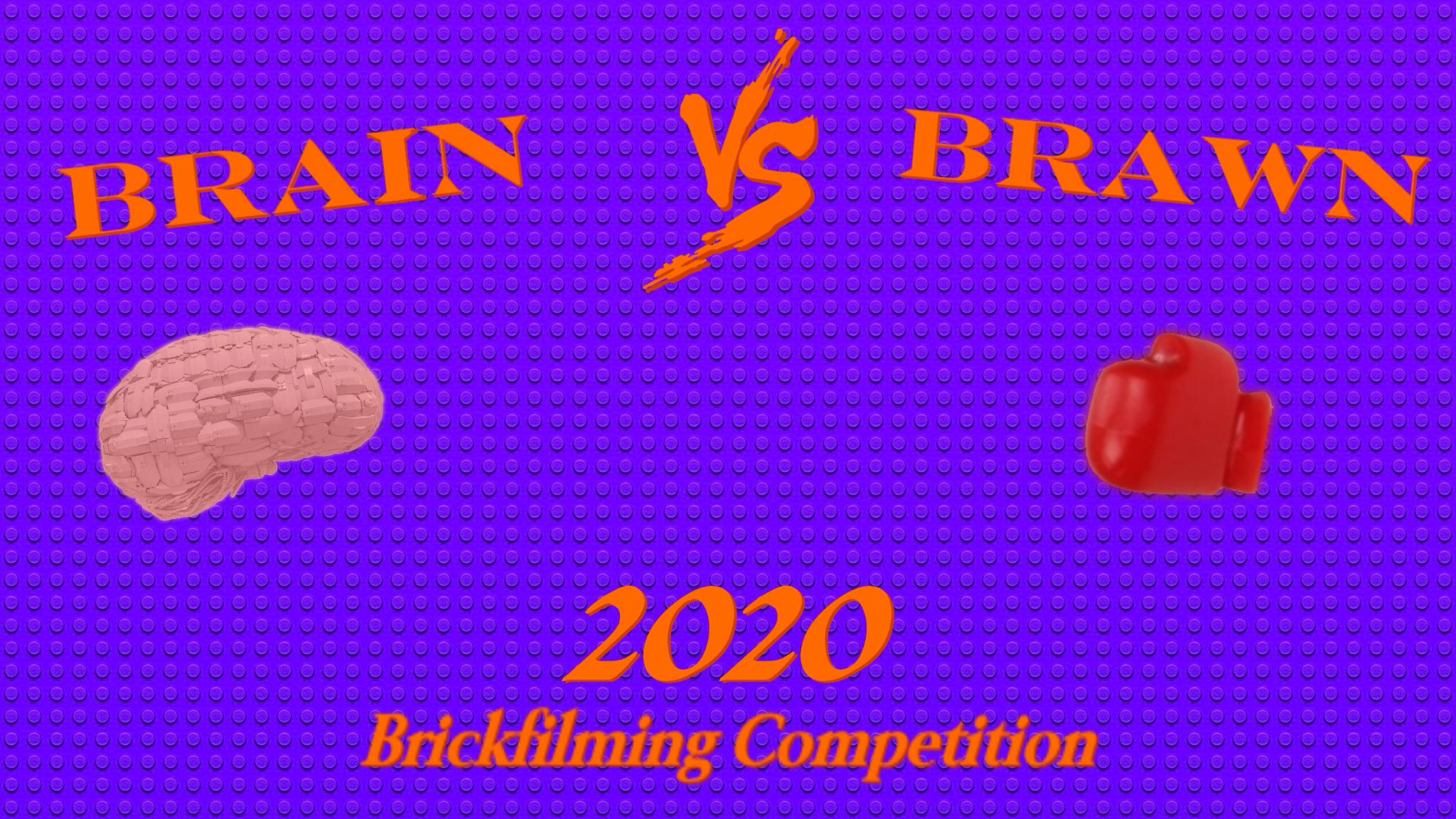 Hey everyone, and welcome to the official page of the 2020 Brain V.S. Brawn Brickfilming Competition! This is the first time I've hosted a contest, so any feedback is more than welcome.

No dates have been determined yet.

The theme for this contest is brain v.s. brawn, in other words, smarts against strength. This doesn't have to be limited to a skinny nerd beating a muscle builder in an arm wrestling match. Countless interpretations are possible, so be creative! The basic guideline is an underdog defeating a favorite; the rest is up to you!

• Entries must be comprised mainly of LEGO or similar building brick toys. Using CGI and digital VFX is encouraged, but keep fully animated CG shots to a minimum.

• Entries must be a minimum of (roughly) 30 seconds in length, NOT including titles and/or credits. There is no maximum to how long an entry can be.

• No mature and/or explicit content is permitted. This includes, but is not limited to: swearing, sexual content, and blatant drug and/or alcohol references. Blood and gore is allowed, but keep it to a minimum.

• Only videos you have created after the contest start time are allowed.

• To ensure the above rule, entries must follow the contest theme, as well as include a series of modification, or MOD, elements; more on this later

• You may only submit one entry per participant. However, if you create your own film and then collaborate with someone in making another film, this is fine.

If any of these rules are broken in any way, your entry may be disqualified!

The judging panel for this contest will be as follows:

The judging criteria will be as follows:

There will be a two part judging system. All judges will rank each film’s individual categories by the above points system, and add those categorical scores to create a final categorical score, which will equal 50 points in a perfectly ranked film. Separately, each judge will also give each film an overall score based solely on their personal preferences, on a scale from 1-50, with a perfect score equaling 50 points as before. These two scores will then be added together for a final score, making 100 point a perfect score from one judge. Each judge’s score will be added together for each respective film, making 500 points a perfect, final score. The top ten entries will be listed in descending order of these final points scores. This way, every entry will be judged on its individual categories, as well as include the “human” element of the judges’ personal tastes.

In order to prove that your film was created in the allotted time frame, your film must include certain modification, or MOD elements, in your film. These MOD elements will consist of a color MOD and a letter/number MOD, and will be announced at the start of the contest. The color MOD will consist of two random colored bricks that must be connected to, or touching each other. The letter/number mod will be one of the twenty-six letters of the English alphabet (A-Z), or an Arabic numeral (1-9). If the number MOD is chosen, it will not be zero, as this could easily be confused with the letter "o." Likewise, the letter “o” will not be chosen as a letter MOD. You must include one or the other of these MOD elements in every shot of your film. You do not need to use both, however. A film would qualify using only the color MOD, or only the letter/number MOD. You can mix it up for scene to scene, or even use both in one shot. As long as one or the other is in every shot, you’ll be fine. A "shot" is defined here as a continuous view of a given location. If the MOD element is shown in a certain position and the camera then moves to a position in which the MOD cannot be seen (like a pan shot, for example), this is perfectly acceptable. Once the camera cuts to a different location, however, the MOD element must be shown again when/if it returns. They are not required in any fully digital titles/credits, but will be required in any brick-built shots on which titles/credits are overlaid. The MOD elements cannot be inserted digitally in post-production. While you cannot lose any points regarding the usage of MOD elements, extra points will be awarded to creative usage of them. The main purpose of the MOD elements is to merely ensure that films were made within the time limit, but a film that integrates them creatively will fair better than a film that simply sticks it in the background for the shot to qualify.

Now for the fun part! There will be a prize pool for the top 3 placed films. 1st place gets to choose a prize, second place chooses between the two remaining prizes, and third place receives the final remaining prize. The prizes will be as follows: 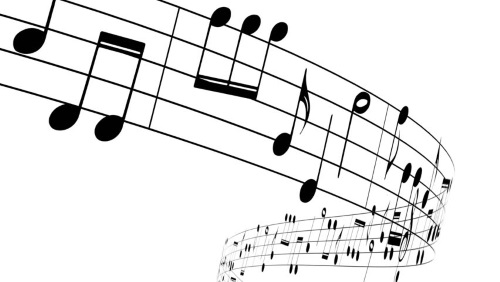 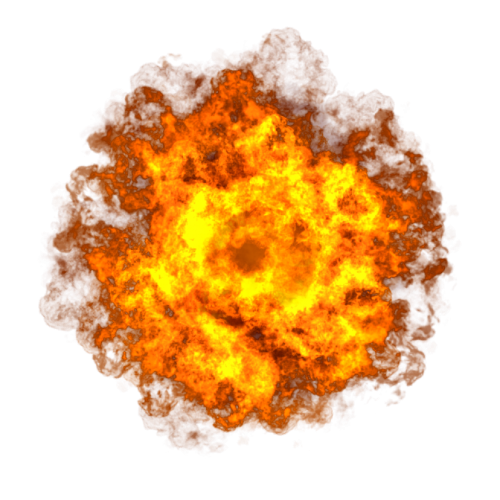 To submit your entry, e-mail your video to [email protected] as an unlisted YouTube video, password protected Vimeo video, or a shareable Google Drive video.

• There is a server for Brain V.S. Brawn on Discord here. Feel free to join there for any chat regarding the contest. All five judges will be active there, so feel free to ask any questions as well!

• Though only the top 3 entries will receive prizes, all entries ranked in the top 10 will be listed here, and in the project Discord channel, according to their rank.

• It's not required, but requested that you use the contest logo in your film.

• If you have any questions pertaining to this contest, feel free to ask them here on BiM either in reply to this topic or via PM; email me at the above address; tweet your question @Brickman_817; or ask your question on Discord either in the contest channel or by PM.

I'm super excited to host this contest and I cannot wait to see the awesome brickfilms everyone creates. Good luck everyone!

So just to make sure I understand if we win first we get a plaque and a song about us? Let me know if I got it right

So just to make sure I understand if we win first we get a plaque and a song about us? Let me know if I got it right

Not quite. My post was not done and my internet cut out.

I'm posting this post on my mobile device, which doesn't have the information to finish, so I'll try to finish the post tomorrow. The music is some free to use music from a site that closed so it's unavailable now. There are also prizes for second and third place which I'll announce when I get my internet working tomorrow.

Good news, my internet just came back! As you can see, the post is now complete.

I think I'll enter this one, as it is at a time when I shouldn't be too busy

would it be possible to know what type of music it will be (action, mysterious, relaxing etc.)?

I think I'll enter this one, as it is at a time when I shouldn't be too busy

I would love to have you enter!

would it be possible to know what type of music it will be (action, mysterious, relaxing etc.)?

The music is many different genres, but they're all a secret. You'll have to win to find out! Same with the VFX.

Ok, cool. Sounds like they're going to be good!

This looks interesting. Might give it a shot. Would be my second contest entry on the site. Really have to give more of these a shot, more for the experience than anything else.

This looks interesting. Might give it a shot. Would be my second contest entry on the site.

I'd be happy to have you enter!

Really have to give more of these a shot, more for the experience than anything else.

I think I'll enter as well. If I get time.

Even though I just edited the original contest post to make it clearer, I just want to make sure everybody knows these are digital, printable plaques and not physical plaques. I wouldn't want anyone to expect a physical plaque and be disappointed or confused when they receive a digital copy.

I'm fine with it as I can just print it off at home (if I was to win, which probably won't happen

(if I was to win, which probably won't happen

Hi everyone. Due to unforeseen circumstances, the contest has been indefinitely postponed. To anyone who has started brainstorming, don't trash your idea. We hope to get it started as soon as possible.

Is the new start time known?

Not exactly. Hopefully later in the year, but definitely by next year.

To be honest, I've been starting to think that I might be a bit tight on time with all of the contests springing up at the moment. So as long as it still goes ahead, I don't mind when it starts