A Yet To Be Named Film - Production topic

Topic: A Yet To Be Named Film - Production topic

Well, at least i can change titles, so that's good i guess.

Well, WSM, what's this movie all about?

"A Yet To Be Named Film" is an adventurous action brickfilm set in a post-apocalyptic world. In preparation for a huge disaster that would basically destroy the entire planet, humanity decided to settle underground, and built up an entirely new world underneath the surface of the Earth. But while most people have chosen to live underground, a handful of survivors is still stuck above the ground - and the new society isn't exactly keen on outsiders. Enter our protagonist. His wife, who he survives with, is very ill, and is stuck to her bed. While the healthcare underground is just fine, on the planet itself, there is no medicine to be found anymore. The only solution for the protagonist is to infiltrate into the underground world to find a cure for his wife. He has located a way in, and travels off into the distance. After some exploring and pathfinding, he ends up underneath the surface. But the police force is quickly alerted of his presence, and soon after he's being hunted by everyone. He'll have to fight back if he ever wants to make it out...

That sounds cool, but rather ambitious. How'd you come up with all this?

I was rewatching all of my older brickfilms, and realized how they were all 30 second long clips of people shooting eachother. I was inspired by Keshen's rather violent brickfilms and i wanted to try and do the same thing. Looking back on all the crap i made, i felt inspired by how bad it all was. I wanted to try and create something that's better than anything i've ever done before. A long movie. A movie with enough action to be interesting, while maintaining a certain depth and an actual storyline. I suddenly got the idea for this movie, and i started thinking about what i wanted it to be. And quickly after, i got out all my bricks, my minifigure parts, and i started designing sets, props and figures for the film, and i started animating the first scenes.

A week later, and i'm already at one entire minute of animation (i didn't actually film for just one minute, lel)! So i figured it's time to open up a topic, so i can inform people what i'm doing with this film project. I am expecting the movie to be about 9 to 10 minutes long. It's certainly going to take a while before it's actually finished, but i finally have the motivation and drive to actually work on larger projects, which i really lacked back when i was an active brickfilmer. I really hope that i can work on this film and actually deliver something awesome in the end.

So, is there anything else you want to discuss?

I'm not really making this brickfilm in a conventional way. Back in the days, i was trying my best to make everything up to the standards of everyone here. You can't ever shake the set! You must have at least 3 lamps to minimize all the shadows! You need to tape your set down! Right now i'm not really animating everything in a way that's conventional. I'm just making everything up to my standards - what i feel is good. I'm not too concerned about my lighting, heck, at one point i even had the set being lit up slightly by my laptop screen, and i thought it looked good so i used it. And i've been playing with lighting a lot, too. I've been using my smartphone's flashlight in combination with transparent bricks to create all sorts of lighting effects and it's really helped me to create the dark vibe that i'm looking for in this film.

Other than that, i'm not really working with scripts or storyboards at all. I've tried scripting in the past, though. But now i feel like it's a waste of time, really. I've got all the shots and scenes i want right in my head, in a much better quality than i could draw it out or write about it. I'm just really letting everything come together like i've visualized it, and so far it's working. Other than that, i'm not really gonna let this film rely on strong writing or lines. I want to create a more minimalist setting, with nearly no speech, and a lot of open, static camera shots (which i'll be changing up with more tense, close, and moving camera shots when necessary). Is all this a good workflow to have? I mean, if the end product is good, then it's probably not a big deal, right? And i feel like the end product will be much closer to how i envisioned it by working this way, but i definitely want some more opinions on it.

Alright then, now that all your boring film talk is out of the way, can you show us some frames? 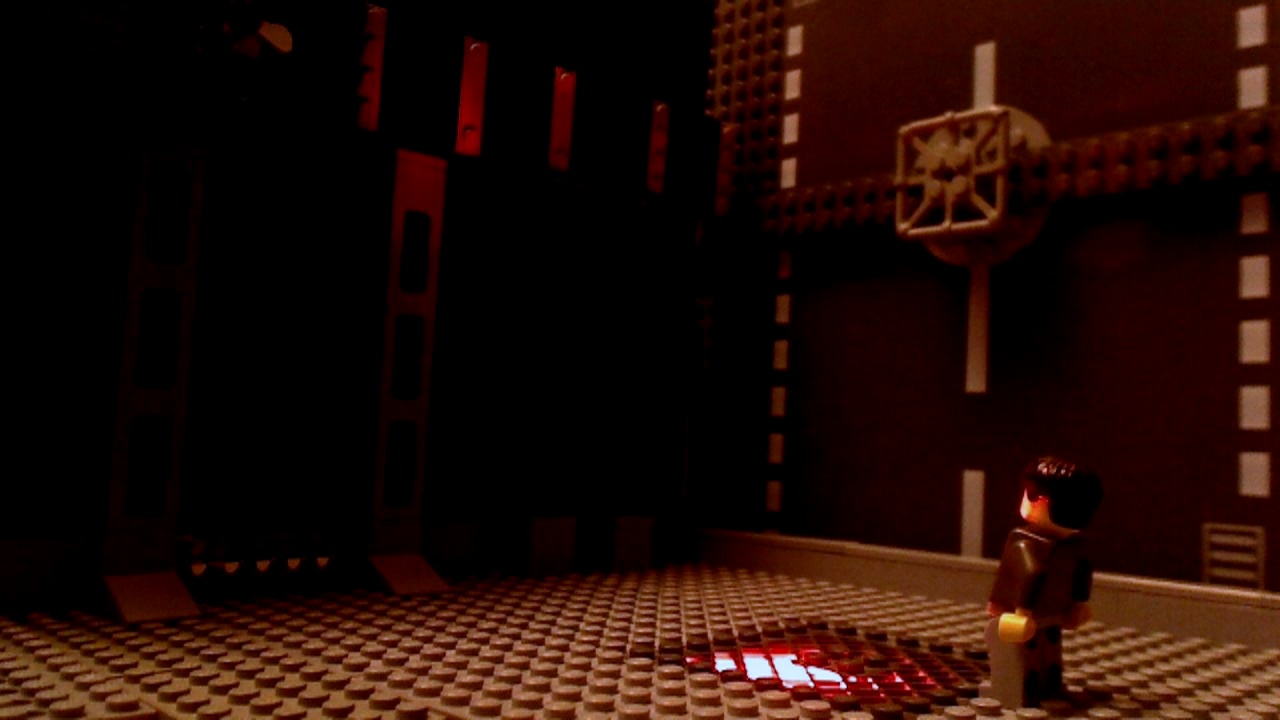 I would show another frame, but since i can only post two links and the forum somehow counts images as links too, instead i'll just post a YouTube link. I've uploaded two unedited shots on my YouTube channel - in the project for this film i've already edited them and added colour correction and sound effects, but i'm not gonna show all that yet.

I'm shooting this film using my Logitech Pro 9000, since i don't have a better camera, and i rather like the images it produces. I'm also shooting this film in 720p, because i can. I doubt this film will get shown anywhere outside of YouTube - and i feel like it doesn't really need to be higher than 720p, since that's the quality i watch everything in anyways. Plus i'm alright with everything being low res, i kinda like the idea of it. I'm editing the movie in Sony Vegas Pro 13.0.

I am also planning to score the film myself once i'm done animating and editing everything, but that's something for another time.

So, i hope everyone will enjoy this topic! Even though it will probably be very boring to read up on, but oh well.

Re: A Yet To Be Named Film - Production topic

Re: A Yet To Be Named Film - Production topic

You see, one problem that I have right now is that whenever I watch YouTube on my computer (which is 5K resolution

) every video I watch looks like such bad quality because lots of videos are done at 720p. I'm not trying to change your mind about the resolution, but it seems like until 5K computers become the norm for everyone, I'll be watching everything on a laptop, as usual