Hello! I am thinking of making mixel animations, but I don't know where to start. How do you get their feet to move, and they still stand up even though they are not sticking to studs? I want to have a dance sequence with a mixel, but I don't know how to get that to work. Any ideas?

I am also open to tips and tricks with animating with them.
Thanks!

You could stick double sided tape or clay/tac on their feet.

You could stick double sided tape or clay/tac on their feet.

Well, anyway, I guess the only problem left, is that i have to make larger sets than normal.

Any other Tips or tricks I should take to mind?

There are lots of ways to do it, tape, sticky tack, flying rigs, just depends how much masking your willing to do.

In my current project I can't attach anything to the floor with any normal tiedown system so I am stuck with flying rigs, just don't animate on a grass field 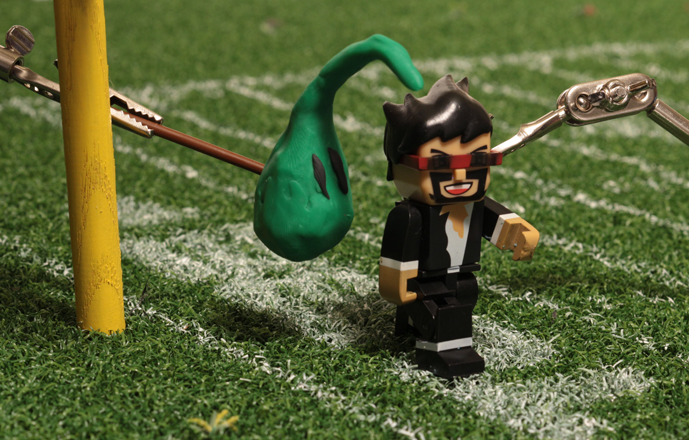 I also recently watched some of the mixel animations on lego, and I noticed that they were mostly close ups away from the legs. That way you can make it look perfectly fluent. So I think I might do something like that.

How do you get their feet to move, and they still stand up even though they are not sticking to studs? I want to have a dance sequence with a mixel, but I don't know how to get that to work.

Asking "how do you get their feet to move" is that same as saying "how do I get a minifigure's knees and elbows to move". The answer is you don't.
You could also ask "how do I get a minifigure's shoulders and leg joints to rotate in three dimensions?" which I would answer by saying, "pop out the joints and hang it on the body with tac" or otherwise don't.
The third question you might ask is, "how do I make a mini figure look up if its neck can't rotate in three dimensions?". Again, you can't do it... unless you hollow out the head piece or chop off the long thing that sticks out of the torso... but there is an alternative to doing that without breaking your expensive plastic toys, and that is to keep the feet stuck to the ground and tilt the torso or the entire figurine back to have the head facing upwards.
Of course, this should be basic knowledge if you watch enough brickfilms or simply pose them in many ways. So why am I saying this? Because it can be applied to the Mixels. If you want them to walk, make them walk like a crab (or don't if you have other ideas) and if you want them to raise their legs parallel to the body, but they can't, then pop the legs out and hang them.

Kd2000, this is the single dumbest thing I have read all day long!

How dare you say you can't get Mixal feet to move, this very statement makes me question that you even know what a Mixal is, it's so offencive and infuriating I made a video just to show you how wrong you are I just used a little blue tack and did it on the top of my computer, that's it, no studs, no fancy rigs, just poster tack and not even a good set.

this very statement makes me question that you even know what a Mixal is.

Fact is I don't. I do not own a single Mixel but Mixel figures comes in many different shapes as compared to minifigs. Pictures of the Mixel figures on Google Images looks as if they can only lift them sideways and turn, which would be a waddly-walk.
As of now I can't comment more until the video finishes processing.

Edit:
I saw your clip and I still disagree with you. Maybe it is my fault that I might not have specified properly so I'll expand on what I mean (that'll be the closest to apologising because I don't see how I have offended you).

When I said "raise their legs parallel to the body", I never meant that it cannot lift their legs. Repeating myself again, I said "parallel" (not very specific isn't it?). By that, I intended to say "flexion and extension".
The example you shown was a hip abduction, something that the Mixel is capable of.
Most mixels (not all) are only limited to abduction, medial rotation, and lateral rotations (I'm only referring to legs).
Note: This may take some Googling (or Bing-ing if your that type of person) if you don't know what those terms mean.

Well, anyway, I noticed that you had a torts mixel. I thought of an animation with him, but I just can't get a good walk sequence with him. Any ideas? 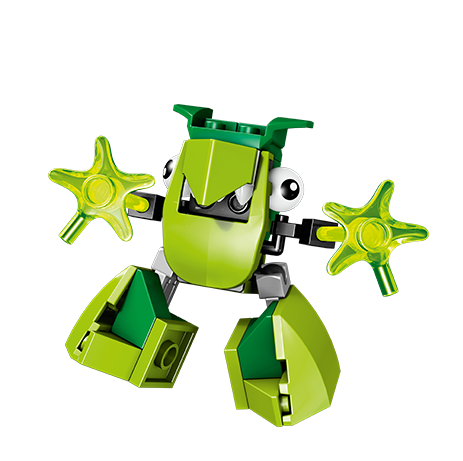 You could have them sort of shuffle or hop along.

The only reason I need torts, is he is essential to the animation I plan making. His legs are so short and fat,and  I cannot get a good walk sequence. I probably will figure it out eventually.

There are many ways you can go about this. First, you could build a 1x1 brick with hole into the underside of your feet. Then you could attach a 1x1 plate to the hole so your mixel can walk on baseplates - or just use sticky tak like smoktopus suggested. It's inexpensive.

You could get an additional set of mixel joints so you get some more movement where you need it. He'd be a bit taller or wider depending where they go but that might work. Do you have to use it as Lego made it? If you can tinker you can make him move how you want him.

he is essential to the animation I plan making.

It seems like you don't want to share your ideas publicly so can you PM me what you have in mind because the Torts don't look that hard to animate.

I know this is CGI, but it follows all of the LEGO physics properties. All you need to do is figure out how to keep it in air or balanced in order to give it a good walk cycle, or jump, or anything really.