I completed the survey, sent over three pictures, and also animated for a while with it today.
While I'm loving the 1080p capture, the program is lagging terribly after each frame.

After clicking "capture," the frame seems to be taken immediately, but the timeline updates a whopping six seconds later. That's also when the sound goes off. I'm fine with a short delay, and would understand a long-ish one at higher resolutions, but six seconds a frame adds up quickly. Also, after passing about 100 frames, the playback began to slow down. Upon nearing 200 frames it started to go about half speed. The second is not a big issue at all, but it's something to be aware of.

However, I'm pretty sure I know why these happen.

Unlike other programs that needed an export time, it seems Boats saves each frame right after taking it. That's awesome, as it acts as an automatic safety in case of a crash. However, playing back and writing those big files may be the cause of the delays.

Have you noticed the delays as well, and if so, is there a practical way to fix them?

Thanks for completing the survey Pritchard (and everyone else who has)!

I am aware of a short delay after capture, but I have not seen it take that long.  Playback slow down is also something I haven't seen before. I will investigate and get back to you.

The capture and playback code is one of the oldest parts of the program, so it's quite possible that I may be able to rewrite parts of it to be far more efficient.

Just to give some feedback on top of what Pritchard says - I haven't noticed any delay after capture, but playback does slow down at times. I shoot at 1600x1200 and my computer is starting to get pretty old, so that might factor in for the playback issue.

Thanks for looking over everything!
I've been animating since then and the delay has dropped to 2-3 seconds. I'm not sure what was up that day to make it longer and haven't specifically tried to replicate it yet.

Playback is still delaying though.

I did some work today that should significantly improve the performance of Capture Mode. I haven't formally tested how much of a performance improvement there actually is, but anecdotally 1080p capture went from taking 4 seconds after pressing "Capture" to around 1.  I will look into playback next.

These improvements will be available in the next release of Boats Animator, likely to released by the end of April.

Sweet! So glad to hear it.

Internally, much of the code has been refactored so please let me know you if you experience any bugs. This refactor should make adding new features significantly easier in the future. 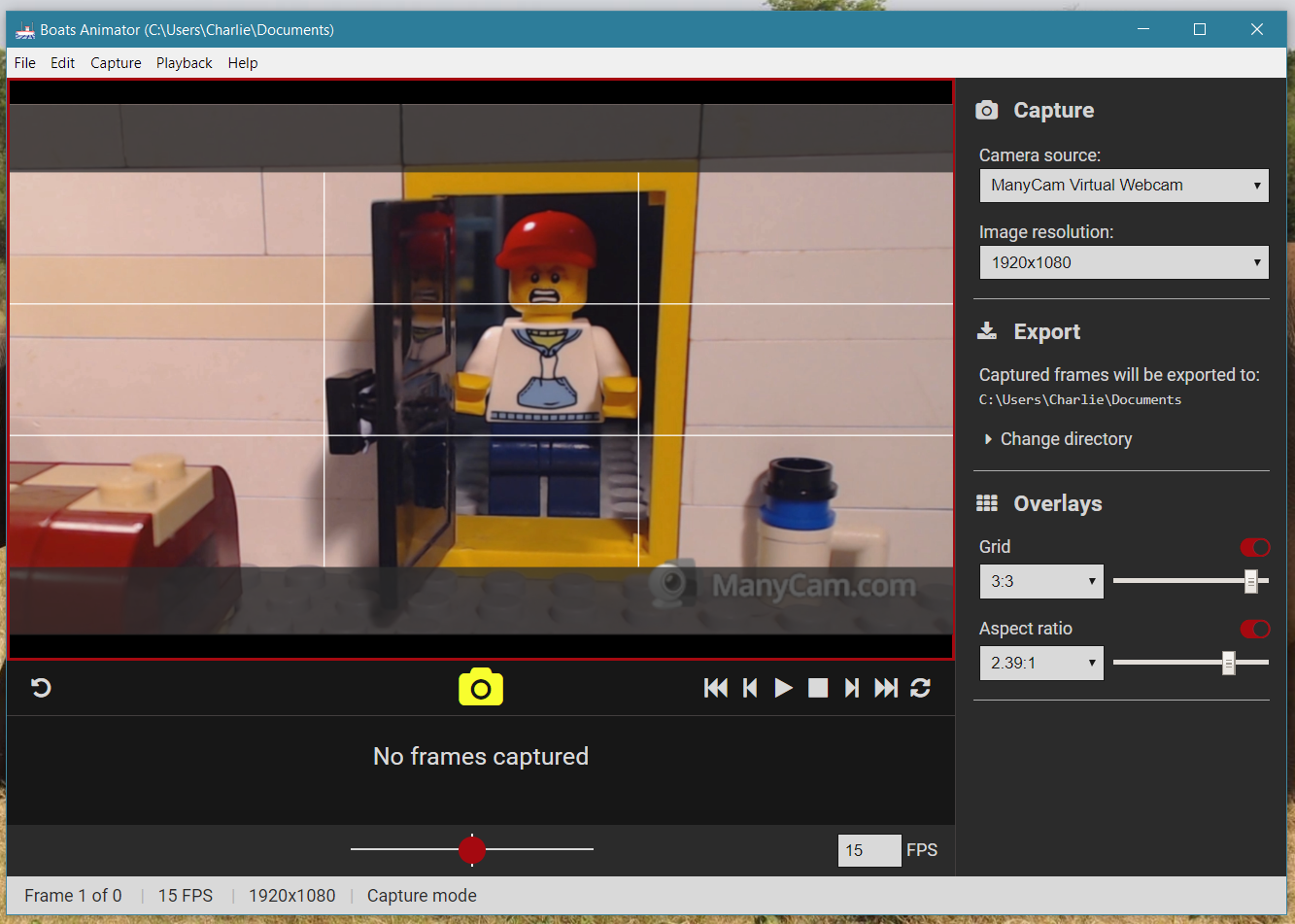 Awesome! I love the addition of aspect ratio masks. That's definitely going to make it easier to set up shots; I always had to screenshot the software and cut it off in GIMP to get a sense of what the finished shot might look like.

Hey all, I have been made aware the macOS versions of Boats Animator are currently having issues launching . In my testing, when you try to open version 0.8.0 and above, this message appears:

I have only been able to test this on macOS 10.14. It would be greatly appreciated if anyone experiencing this issue could get in touch with me to confirm so via BiM private message, email or GitHub. Let me know which macOS versions and which Boats Animator versions you have tried.

If you are technically minded and really want to run Boats Animator on macOS it seems to be working if you follow the instructions to run the program from source code listed here:
https://github.com/charlielee/boats-ani … IBUTING.md

I will try and get this issue fixed as soon as possible, sorry for any inconvenience this has caused. Thank you to CEESLegoProductions for letting me know about the problem.

Boats Animator 0.9.1 is now available. This version adds deletion of frames other than the last one captured. The issue running the macOS version of the program is also now resolved.

Boats Animator 0.9.2 is now available. This release primarily fixes a major bug with deleting frames in v0.9.1. Users are strongly advised to update to this version immediately.

Just downloaded yesterday, and am mostly happy with it. Is there a way to adjust the focus? Also trying to figure out how to export. Any help would be appreciated.

As for exporting, one if the coolest things about Boats is that it is all automatic. Once you set up the file, the software automatically saves each photo as you take it.

Check the folder that you set up when you opened it. Your pictures should be there.

Thanks Pritchard! I'll look into Webcam control.
There's no way to export as a video file, right?

There's no way to export as a video file, right?

Sadly not yet. I use VirtualDub to export the images as a video file. It's pretty easy - you can open the first image in the sequence and it will automatically load in the other images (as long as they are named sequentially). Don't forget to set the right frame rate and (if you are using it) compression!

I should add that video export is high up my priority list of features to add. I actually wrote 90% of the code for it a while ago. I just need to get round to finishing it!

Ok, thanks for the answer!