It's not that I think that almost dying in outer space isn't traumatic in of itself, but it's the style of the film.  The Avengers is an over-the-top superhero movie--and it knows this.  The witty, self-deprecating dialogue, the one-liners, aliens invading New York--there's always a sort of ironic wink-to-the-camera feel.  This is not necessarily bad (although I personally feel it does kill tension and build-up, since the ending becomes rather predictable--which is my main issue with The Avengers) but it's incongruous for a character to suddenly get all serious and depressive after the events of a film that clearly doesn't take itself too seriously.  I mean, it ends with a joke about Shawarma of all things.

I'm not saying people who develop PTSD or depression or whatever should immediately become Emos--I'm aware that people who suffer from such disorders can appear to be perfectly normal on the outside (which is actually a facet I'd like to see be explored more deeply in film), and that Tony Stark would be the sort of person who cracks jokes no matter what occurs.  I have nothing against serious superhero films, but it should be done properly and not be shoehorned in as an afterthought to provide fuel for yet more movies.  The Avengers clearly ends on a happy note, with the "good guy wins" feel (albeit at the cost of a damaged New York).  Nobody dies, the world is saved, everyone's happy, the bad guy is defeated, etc.  It's not like a main character dies, or a world is completely destroyed, so having a character suddenly develop PTSD as a result is pretty forced and artificial.  If that's the case, why didn't Tony develop PTSD after

in the first Iron Man?

PTSD isn't really a straightforward thing where we can measure what will and won't cause someone to suffer from it. That said, in Avengers, they come within a few seconds of New York being nuked, and potentially losing the city to an alien invasion. Compared to a guy Stark was already shown as having some dislike for betraying him], I don't think it requires a huge suspension of disbelief to imagine the possible end of the world might be more likely to leave the guy a little unhinged. Avengers having a light tone doesn't demand that a separate film in the same universe can't tackle the aftermath from a different perspective. You agree with Filip's suggestion that the Marvel films' lack of consequence is a major problem- and I can understand that. It annoyed me to no end how flippant Superman acted after destroying an entire city in MoS (edit: not to say that MoS is a Marvel film; just that it's a problem present in most superhero films and I personally think MoS has been the most egregious example). That said, I don't agree with the way you're approaching this...

The Avengers is an over-the-top superhero movie--and it knows this.

but it's incongruous for a character to suddenly get all serious and depressive after the events of a film that clearly doesn't take itself too seriously.

...because the characters have no idea what the tone of the last film was like. When we look at Stark in Avengers, he's pretty clearly troubled by the alien invasion and the prospect of the world ending. That's all the maker of a separate film starring the character has an obligation to convey, in my opinion.

You agree with Filip's suggestion that the Marvel films' lack of consequence is a major problem- and I can understand that. It annoyed me to no end how flippant Superman acted after destroying an entire city in MoS (edit: not to say that MoS is a Marvel film; just that it's a problem present in most superhero films and I personally think MoS has been the most egregious example).

I thought that in Captain America: The Winter Soldier they showed the consequences of the battle a lot better than the other films. Like showing Rumlo's carded body in a hospital among other things.

What do you guys think?

Looks like more of the same, to be honest.

No more or less excited to be honest. Pretty confident Marvel have another winner. Also seems that this one will be much darker and with more consequences than some of the earlier films.

While I naturally want to see more footage, at the same time I don't want to see too much. That's exactly what happened in The Amazing Spider Man 2. I've never actually seen it, but I don't believe I even have to because the marketing gave so much away I didn't even feel the need to see it.

Looks like they're going for a darker tone than other Marvel films. Hard to imagine that feeling credible alongside what has come before, but these trailers are stylishly produced.

Not cool man. He is there to talk about the movie, and that is all.

I've seen a lot of this guy on C4 before, and there was one interview last year where he really ticked off Tarantino. It's kind of humourous from one perspective to watch Tarantino keep slapping him down, but on the other hand, this journalist was just pushing his own agenda at the expense of a good interview. Same here with RDJ.

Since Civil war is Avengers 2.5, I think it is relevant to share this
http://marvel.com/news/movies/24758/son … d_director

After Dylan O'Brien and [guy from Ender's Game] were out of the running, I had no idea who the other shortlisted actors were, so I've been more interested in following who the director will be.

Honestly, I'm glad both Peter and the director are relative-unknowns. Shakes things up a little and promotes new talent.

Ultron was a good villain, with quite a bit of unique features, but I honestly liked Loki better. He is so fun to watch on screen. Honestly, Ultron would have been much more interesting had he stayed a computer programme, like the MCP in Tron. Granted, that concept has already been done to death: a computer virus that destroys everything? But, hasn't the concept of a robot army that destroys everything also seen its fair share of days on this Earth?

And it feels silly to introduce a new character that's going to eventually die within the first two hours of the movie. I'm not saying he had a lot of development to begin with anyways, aside from a little "dead parents exposition". But, why go through a lot of fuss if you're going to do him in later on?

Lot of good in-jokes and quotable moments; it's classic Whedon trying to make a gripping moment into a humorous one. But I  simply don't think it's better than The Avengers on any account, really. And the post-credits scene was really quite a letdown. I mean, we've already seen Thanos, what he looks like, how he acts. It feels like the filmmakers are constantly still teasing us with him, when in reality he was fully revealed in Guardians of the Galaxy and The Avengers. It's like going to the cinema and watching a movie and then seeing a trailer for the exact same movie afterwards. It's curiously and idiotically redundant. As if Thanos putting on a glove means anything important (and I know what it means, okay? I'm not entirely stupid) It means he is going head-to-head with the Collector from Thor: The Dark World in an epic race for the Infinity Stones that we'll only ever get to experience in post-credits scenes.

Speaking of which, I honestly thought Vision was post-credit scene material, so I was pretty surprised at his creation halfway throughout the movie. He seems like a reasonably cool character, but there seems to be a Saturday morning cartoon vibe that can't help but run through him, thus rendering Vision ineffectively silly-looking. But, isn't that vibe already running through the entire MCU to begin with? An important question.

All in all, I'm stoked for Civil War. The Russo brothers did a fantastic job of making Cap 2 better than Cap 1. So, of course, I'm excited to see what they can do with Cap 3, and Infinity War.

What do you guys think of the trailer for Civil War?
https://www.youtube.com/watch?v=uVdV-lxRPFo
Also, found these banners.

Looks like more of an emotional battle between allies instead of facing a new villain for a conflict.

What do you guys think of the trailer for Civil War?
https://www.youtube.com/watch?v=uVdV-lxRPFo

At the end of the day we really got nothing more than some nice footage from the film. Pretty much everything else we already knew. There really wasn't anything that made me go "Ooo!" and "Ah!" in this trailer, if anything I cringed more at the brutality shown between Captain America And Iron Man than I did marveling (no pun intended

) at the visuals. And I think that is largely because Disney doesn't want to take anything away from the buildup and hype to The Force Awakens. I think we will most defiantly see a more exciting trailer after TFA's marketing has run its course.

I think it looks cool. Better than the comic. Also, I, personally, think Age of Ultron was great. A lot of other people think it was terrible but just because it wasn't as good as the 1st one doesn't mean it's bad.

Most of the Marvel films up to now have been pretty meh for me, Iron Man 1 and Guardians of the Galaxy aside. Despite that it's not great, I think Jessica Jones is my favorite thing to come out of the MCU besides those two movies. Female protagonist is a nice change of pace and, for the first time I've seen in the MCU, a villain who is interesting.

Like you Smocktopus, I really enjoyed Age of Ultron. I feel like most of the criticism for that film (like for most any other sequel, prequel, and reboot) were rooted in overly high expectations. Yes the pacing was a bit fast. Yes, Ultron may have been a little under developed. But at the end of the day, in my opinion, it was a really fun movie. And that's really all I want from a good movie to be honest. And no director deserves the level of criticism and quite frankly hate like what Joss Whedon got from this film. 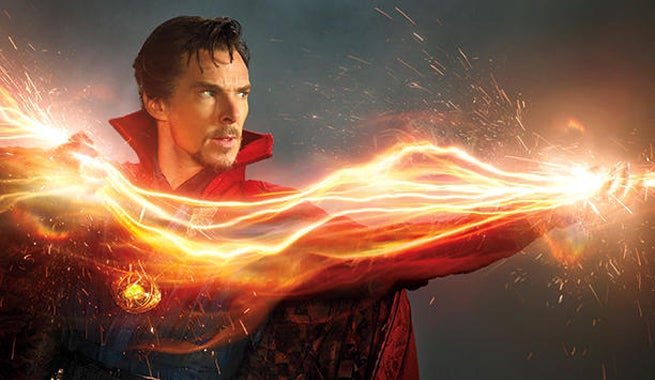