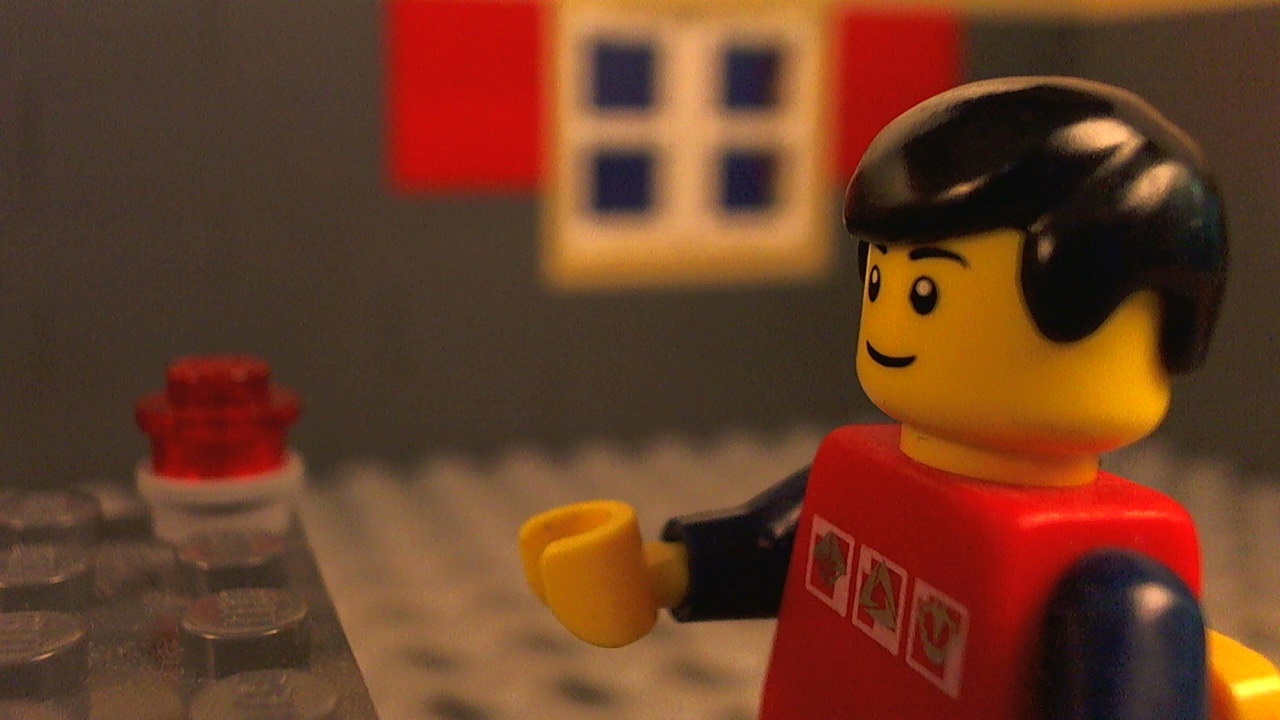 Here is a rough test image of one of my first sets. I'm going to start animating today.

Aah well, Holiday on Thursday and there's no way I can finish this in a day, it'd be like thac for me, brawl for everyone else. I did finish one shot though, check it out if you want: http://www.youtube.com/watch?v=GxXhqtG4 … e=youtu.be

Well, I'm in kind of a weird position.

I just tried to start animation, after pulling together the audio I have and making the tracks for the scenes. The only problem is that my animation program is bugging up. I'm currently in the process of fixing it, but it may take until the end of today.

So, my plan is at this point is to use another good idea I had for the contest that is substantially shorter, make that to enter, and then next week finish what would have been my BRAWL film. I'm kind of disappointed, but I'd rather take the necessary time to do the film right than to rush it and put out something mediocre. Other great members and people have already contributed to this film, and I'd rather not put out a bad film from their efforts.

Sad to hear that Sonjira

but Good Luck with your new idea and your animation program problem. Just a poster I made. I want to add a little more to it, but I think I need to focus more on my entry.

I'm still trying to find a voice actor, but I guess some people aren't reading their PM's. *cough*jargon*cough*

I don't really have a good way to put a light under my set, so it looks like I'm going to have to leave out the vat of lava in my evil lair.

I was really looking forward to that.

@squid
You have small leds right? Just attach them to technic holes on the unseen side of the vat. (under or above the lava your choice.

You have small leds right?

Only one that I can power.
It's not bright enough to make the lava as bright as I need it to be.

Flashlight with orange plastic or paper over it pointed at vat? (flashlight could be taped on a tripod to reduce movement)

What about standard LED flashlights/torches?

Phone with the brightness turned up all the way with an image of whatever color you want, combined with the LED?

Available for Film Composition
My personal website (still being built!)

@Squid, Yeah, try your iPod, or even an upside-down laptop.
I really, really wanna see a glowing pit of lava.

Love it.
Just be sure to finish it on time.

Tell me about it, he's not that great about checking things.

@Sonjira, Looks a bit dark and grainy, but otherwise good.

I'm available to do voice acting for those who need it. I'm 19 so I don't sound old but I can play a young adult and I have a professional grade microphone at my disposal.

Also I might enter this, probably not, but we'll see.

I just remembered that my birthday is in the week of BRAWL, too. Sweet.

And Droid, I might just take you up on that offer.

What about standard LED flashlights/torches?

I've been having problems with my light flickering even with fresh batteries.  It was a pain to get through the first scene with it.  Luckily, it was a fire, so a little flicker was okay.
I have to improvise for the throne room and I managed to set up something to hole the end of one of my lamps to shine through the stained glass window and I shined the other lamp at the ceiling, which worked pretty well.

So I can use my lamps for lighting the side of a building, but there's no way I'm fitting it under the set, my lamp dish is the same size as the lair itself.

The lighting in that poster is amazing, Chris. Looking forward to it.

And then there's masking...

I've finished getting all my voice actors, now to begin filming. I ran through the script earlier, and it looks like my film is going to be roughly 3 minutes long, most likely a bit longer.

I finished up all of the throne room animation.
Two sets down, just two more left.

I only just now animated two slanted camera shots.  So far I'd been doing a whole lot less of them.
Of course, just about every shot in the lair will probably be slanted.

Also, I might be able to use my little brother's iPod to light the 6x6 magma vat, so that's back on.

My plan right now is to animate the outside shots tomorrow, then take on the lair the next day, then I'll have a full day to edit.
Though, the lair does have more script than most places, so I'll have to pick up the pace.  I'm probably going to cut a whole bunch of useless dialogue outside of the cave.

I'm just about the half-way point on animation, and have nearly all of that synced up with the voices in post.
Didn't get that much done today, but tomorrow will be a different story. (No work!)
Think I'll find some nice music next.