Yup, that’s right folks. I’m bringing the brickfilm feature back from the grave! Only for this month though. Each week, I’m going to show you all a few Halloween themed brickfilms that have impacted me on a personal level.

While some of these are very well known in the community, others are very underappreciated; which is why my goal with these series is to give them some exposure and the recognition they rightfully deserve.

Now with that being said, let’s start today´s showcase!

1.) “Monsters from the ID” by Gigerbrick 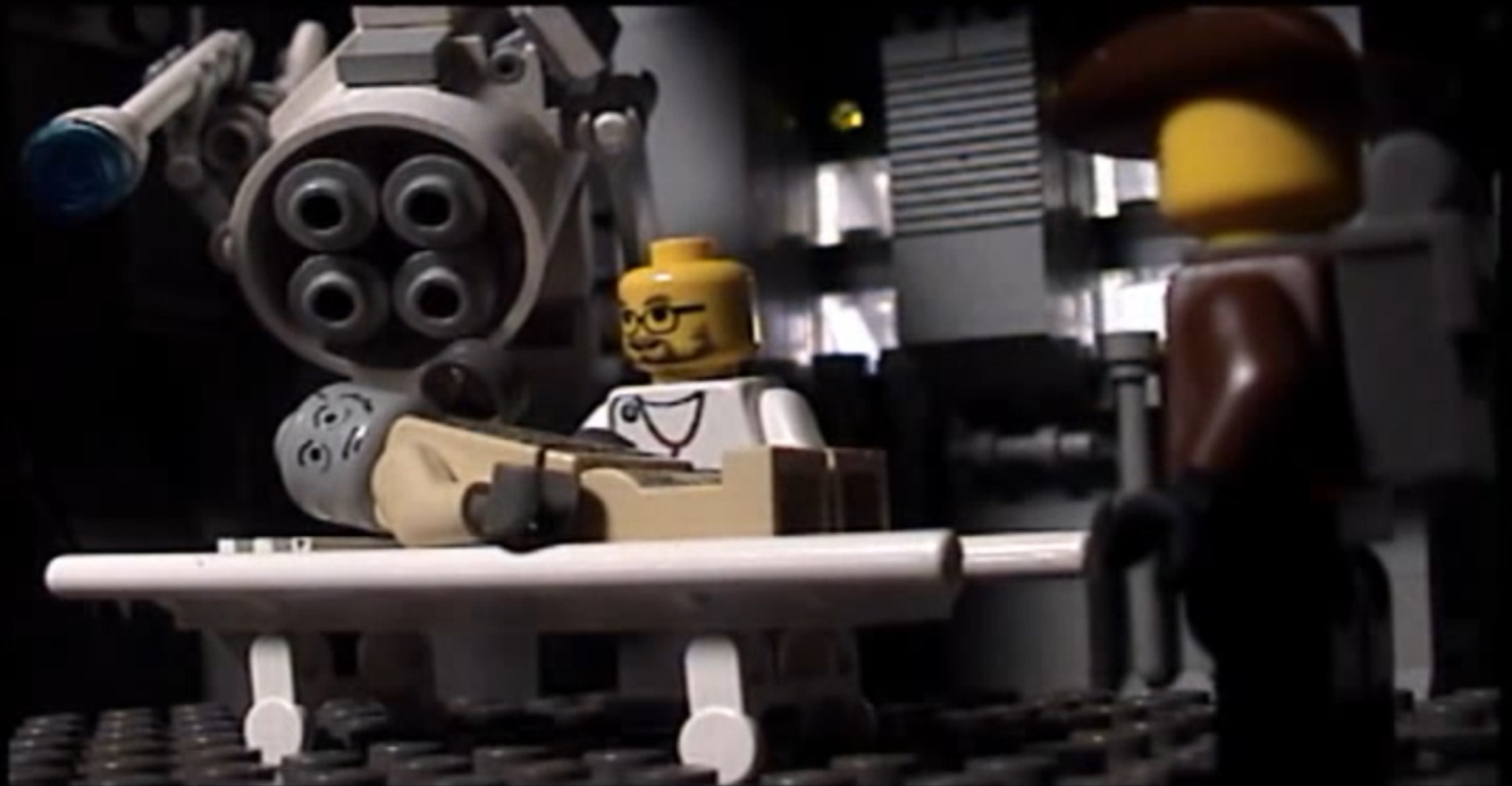 This is one of my favorite brickfilms of all time. I randomly came across it while browsing youtube back in 2012 and was immediately blown away by how atmospheric this film feels. It combines audio from various horror films to create a new story, which I think is a very innovative technique that I haven’t seen in any other brickfilms since.

The set design and lightning are also beautiful. One of the coolest things about this film is that you will never see a plain wall, everything has depth to it, every shot feels like its own little world; which is outstanding to think of for a brickfilm that was released in 2005!

A trailer for a second part was released, but the actual follow-up was sadly never completed. According to Gigerbrick himself, the small amount of views that the film got discouraged him from finishing the series, besides; he no longer has time to make stop motion animations, which is unfortunate.

You can watch Monters from the ID on youtube by clicking this link: https://www.youtube.com/watch?v=pFozSTPx0r0 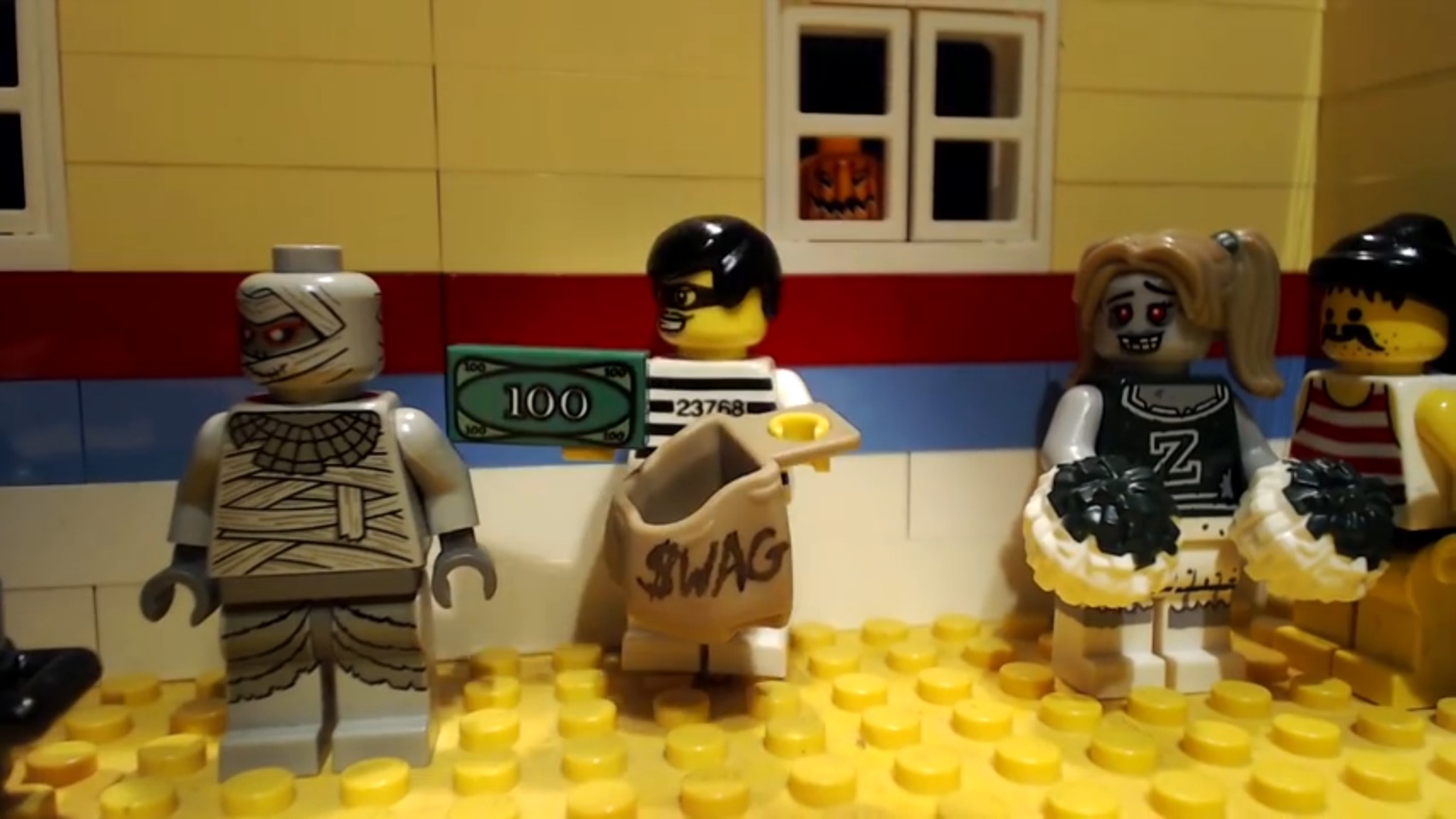 I gotta be honest here, I was going to choose the Benny and Lee halloween episode since that was a huge inspiration for me when I started out, however; penta hates that video now and because I want to feature something that he’s actually proud of I chose this film. That doesn’t mean I don’t love haunted heist though. For a brawl entry, the short film feels really polished and well executed.

In the average BRAWL and THAC entries, you can usually tell when the animator starts rushing production because he or she is running out of time, yet in this case; the film runs smoothly from start to finish.

Haunted heist is also full of creative little touches that make it worth watching. For me, the greatest example of this is the use of a glow in the dark head to show when a character gets possessed. The specific head piece that Penta used is one of my favorites, so seeing it in action like that really made the film for me.

Overall, haunted heist is a great comedic brickfilm and you should totally watch it instead of the Benny and Lee special because he hates that now.

You can watch Haunted heist on youtube by clicking this link: https://www.youtube.com/watch?v=WiotwTUbdeM

3.) “Zombie peril” by the Boyle brothers 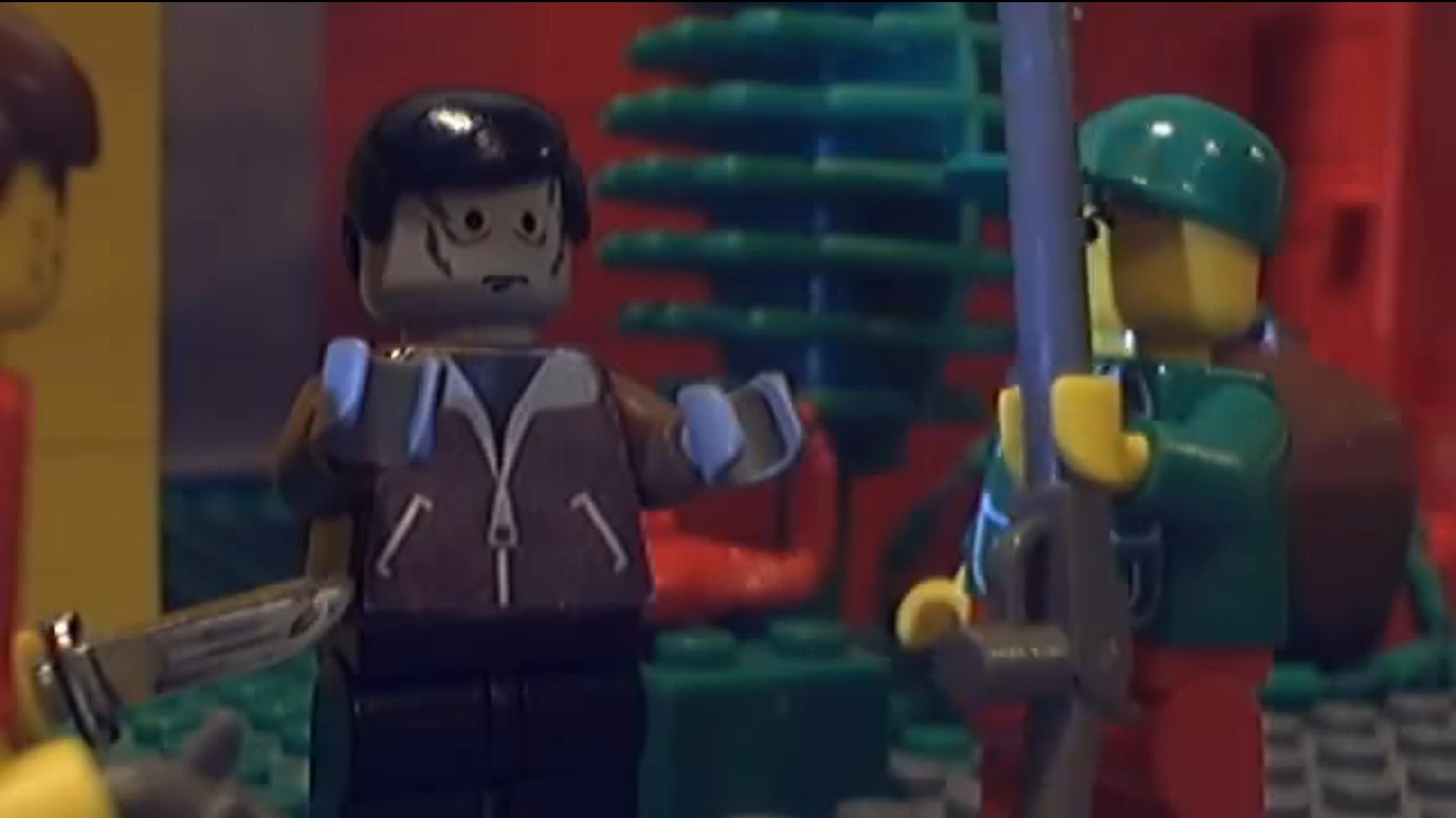 Jason, Colin and Ryan Boyle all made memorable Halloween themed brickfilms on their own, like the spirit stompers and the unholy trio series for example. For this showcase however, I decided to show you all something they made together for THAC 4, Zombie peril.

Zombie peril is one of the OG zombie brickfilms. Before youtube became saturated with “lego zombie attack” videos, there was this film. So if you consider yourself a fan of zombie themed brickfilms or just zombie films in general, you should definitely give this one a watch.

Oh and bonus points if you can find the bertl zombie cameo! (it’s not that hard to find actually).

You can watch Zombie peril on youtube by clicking this link: https://www.youtube.com/watch?v=3wDqlrgmhI4

You can also watch the remastered version they released after THAC by clicking this link: https://www.youtube.com/watch?v=IWhb8e5PfHo

It is nice to see the feature return. Monsters from the ID really is so impressive visually for 2005. Thanks also for featuring Haunted Heist. I wouldn't exactly say I hate the Benny n' Lee Halloween Special; I do think it is pretty bad, but I can still enjoy looking back on it like any other old work.

Awesome showcase. The Boyles made such great Halloween brickfilms. I've always felt that they captured the spirit of the holiday perfectly.

Ah man, I loved the haunted heist. Thanks for reminding me about it again!