I finally got my hands on an old hi8 video camera, and digitized an old tape with various early stop-motion tests from...

Most are random little chunks, but I did find my first attempt at a longer brickfilm, although I'm not sure that that term existed then, and I was creating in a vacuum anyway. 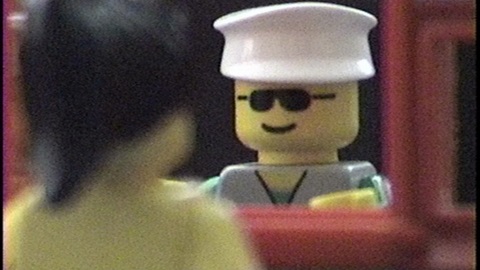 It was something I had remembered doing, and hoped to find on the tapes, and while I expected to find a 20 or 30 second half-finished idea, it was surprisingly more complete than I remembered it being, and tells a complete, if brief story, clocking in at about a minute and a half! 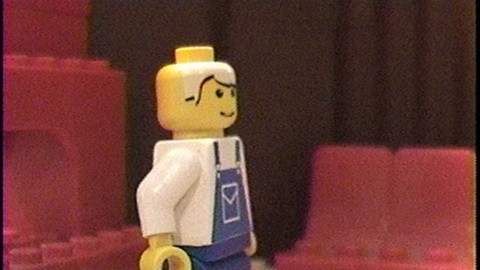 I had intended to dub it later, most likely in a live dubbing session while recording to a VHS deck, as was my practice in those days, so the footage remains silent. 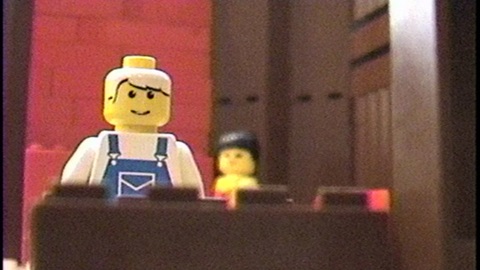 I was thinking it might be fun to cast the film and create new dialogue and sound effects for it. In order to keep it true to how it would have been finished at the time, I will not be touching the picure at all, so for purists who want to view the footage as I found it, they can simply turn off the sound. All voice overs and sound effects will be done in a single take with one microphone, and I plan on recording this living room session on hi-8 tape as well, for a rare BTS look into my techniques from 20 years ago.

The V.O. session is scheduled for this week, and I hope to release the film and BTS session shortly afterward.

Sweet!
This is an awesome find.
"Completing" it by recording dialog/sounds is a great idea that's made even better by how faithfully you are approaching that process. You're going to have a lot of fun recording that, just as we will have fun watching it.
Can't wait!