I enjoy the new update.

I overall think it's good. My personal favorite things about it are the iron golem and the jungles, which I've found they aren't too rare. But wait, we're in 1.2.3 because of the zombie and skeleton glitch where they wouldn't catch on fire in day. Anyways, I honestly hate the new lava sound effect. The first time I heard it I freaked out because I thought it was a slime (I have no luck finding them in my Survival world).

Eh, I haven't heard the new lava sound yet. (Probably cause I normally just mute minecraft). I forgot exactly what level it was where you can get slimes super easy. I saw some video about it a while ago. The dude would go down wait to find some spawn, switch to peaceful then kill them. (Cause they are the only mob which doesn't de-spawn when changed to peaceful). New added height at first seemed a little pointless. Also I actually need to have a completely survival map, opposed to using TMI for building a sweet house.

Do you play on a server?

I've tried a few different servers here and there, though all are crowded with griefers. So I am always open to recommendations for servers.

I've tried a few different servers here and there, though all are crowded with griefers. So I am always open to recommendations for servers.

I play on two servers. A pvp server and a regular server. The regular one has a temp map up right now. The original, has multiple world's, neat plug-ins, and fun/worthy/useful/neat ranks. The ranks are generally easy to get, well the first few are. The PVP server is sorta like a shooter game. It has multiple maps (warzones), classes, upgrades (spells), and a lot of fun!

Do you want the IPs?

EDIT: On the temp map or on survival(s), you normally have to go a few thousand blocks from spawn to be grief free.

I have a bit of a thing for Lyra, so I made an OC and someone made this for me: 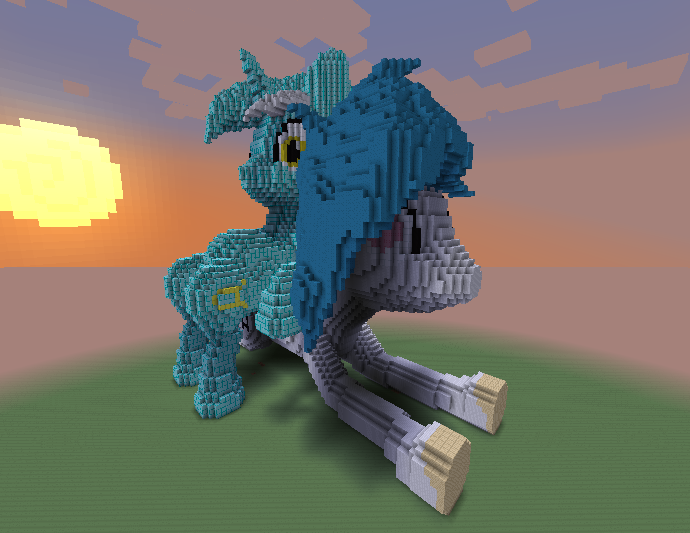 (Hearts in the eyes.)

Nobody talking about Minecraft on Xbox? Anyone getting it?

Unable to download. You do not have the required Microsoft Points.
Your balance: 2350MSP
Cost of game: 4 billion+MSP

True story. That's the most epic error I've ever seen, excluding "RROR: There was an error loading the previous error message."

I like the fact that on the Xbox version, when you craft things, it shows how to craft different items. I myself was very confused when I started playing Minecraft (on PC) and had to look up some tutorials on how to craft different items. Overall I think that the fact that Mincecraft is now on Xbox means it'll probably attract some more players (like it needs more players

Anybody excited about 1.3?
I made me a new skin I adore. 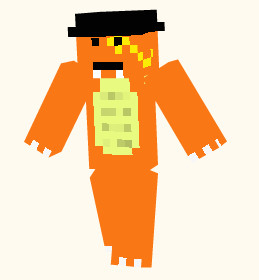 Any artists out there that like minecraft?
Check this out! http://www.threadless.com/loves/minecraft

I guess everyone's too busy playing Minecraft to post in this thread.
Funny how this page's number is the maximum number of items there can be in a stack of most items and is four times the number of blocks hostile mobs can sense a player from.

I just got Minecraft, by the way.

I really like that the cap is 64 instead of something like 100.  It's really nice how you can keep splitting the stacks in half until you get just one.

I haven't played Meincarft in a really long time now.  I feel a bit guilty for that and still wearing my creeper shirt today (because it's green). He he

I'm planning to get back to it in April, when I won't really be animating.

What new has been added in the past 6 months or so?

What new has been added in the past 6 months or so?

You can see everything that's been changed right here.

The biggest thing, though, was the recent Redstone Update (1.5), which was released last Wednesday. It's got lotsa new redstone-related stuff and a new ore from the Nether: Nether Quartz.
I was waiting until that update came out to get it.

I want to get back to building the Bricks house I was bulding (in Creative mode), but I can't seem to figure out how to make a desktop shortcut for Minecraft.

EDIT: I figured it out. It turns out I have to save the launcher instead of running it.

I finally won today.
Beat the Ender Dragon on normal difficulty.
I died in so many attempts to take him down.

Hey, just wondering, and not to be annoying, but why are we talking about Minecraft on a brickfilming website?

BrickAnimator724, it's fairly commonplace for forums to have a "community" or "off-topic" section so members can discuss things other than the main focus that brought them all together in the first place. Otherwise, threads have a tendency to go a bit off topic if such a subject is brought up elsewhere and is let to run the topic.

In this case, a Minecraft thread was made for brickfilmers who've played the game to specifically discuss it here.

Looks like Cloudy VS majorly bumpped the thread, though.

LEGO picking up the the Minecraft license isn't even discussed the previous post was so long ago...