So happy about this. Long overdue.
http://www.hollywoodreporter.com/heat-v … man-824572 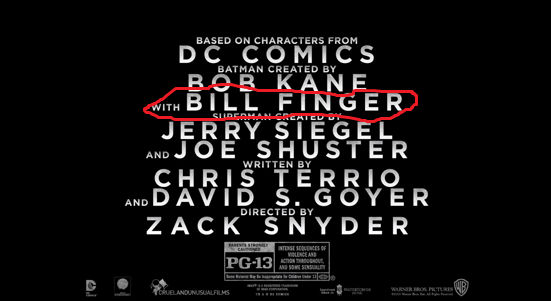 So happy this happened.

This movie continues to look like a complete disaster. And the trailer seems to outline the entire plot. But this trailer makes it look a bit more fun than the other ones, at least.

Don't judge a book by it's cover.

This latest trailer has actually derailed a lot of my excitement for this film. It hasn't done anything to set aside my fears of WW being used for eye candy and deus ex (she's one of my favourite DC heroes and every piece of press about the BvS version had made me facepalm so far), and it still hasn't convinced me why the colour palette and darker tone is relevant to a non-Elseworlds incarnation of Superman. It would be fine if they were committing and actually adapting Red Son or The Dark Knight Returns, for instance, but that's not the model of this "DCCU". It's as if they're ignoring Disney's success with the tone of the MCU, and the complaints about Man of Steel.

That said, the scene between Clark and Bruce was nice, and I quite like Jesse Eisenberg's Lex Luthor. It's a sort of classic, mad scientist take on the character which is definitely welcome when the rest of the film seems to be so needlessly gritty and desaturated (visually and tonally). I'm hoping we see more of both in the film.

Don't judge a book by it's cover.

I believe we are referring to a film and its trailer.

It looks bad (in my opinion) but I also thought Wall-E looked bad and I loved it. Although, it looks very dark (story-wise), Batmans suit look incredibly bulky and his Iron man style suit is just weird (not to say dumb) and why does he have a robot voice?

Suicide Squad Trailer:
https://www.youtube.com/watch?v=CmRih_VtVAs
At the beginning, Dc said that all their films would be serious and have no humor, and yet...

I'm in the odd position of being more excited for Suicide Squad than I have been for just about any comic book movie, while thinking like Bats V. Supes looks like it could be the worst superhero blockbuster garbage to hit theatres in a long time.

Same, It reminds me of when Guardians of the Galaxy and Winter Soldier were both on the way.

Same, It reminds me of when Guardians of the Galaxy and Winter Soldier were both on the way.

But those were both decent, though...