Forums - Bricks in Motion » Community » Drawings and other Art

That's awesome. The WIP pic of this you showed me in chat turned me into a fan of the show. Keep up the fantastic art!

What show are you guys talking about?

What show are you guys talking about?

Over the Garden Wall, it was a miniseries.  And it's quite good.  I'd recommend sitting down and watching it all at some point.  It's pretty short.

Oh okay. I saw it and thought David the gnome

Thanks, guys!  Glad you liked the show, rio.

A comic I wrote and drew for applications to university. Very loosely based on the Oedipus Rex story, regrading him and the sphinx. I like some of the little jokes and asides. It's certainly a lively comic.

A few points of critique: in some places it's pretty apparent that you were trying to fit the text into an already drawn panel (though it looks like you're thinking about the bubbles beforehand, so that's good)- in general, it's a better idea to plan the panel with the text in mind before committing to a final drawing. Maybe write it in light pencil while you're laying things out so you know you have enough space to say what you want. In the same vein, it's frequently useful to draw light guidelines that you can erase later so the lettering is consistently spaced vertically.

If you're submitting this as part of a portfolio, you might want to consider cleaning it up some. Unless you're intentionally going for the uneven panel borders as part of the aesthetic, you could fix those pretty easily with a ruler. It's not always obvious but there's usually a significant amount of planning and draftsmanship that goes into designing a high quality comic page- it may seem boring but working artists often use tools like rulers, squares, compasses, etc... to make their work look professional. It's definitely good to keep your own style, but make sure you're also taking whatever steps you can to make it look publishable.

If I could make a suggestion (stolen from someone who has more experience than I have with portfolios), it might be a good idea to just cut back and make something shorter where you can spend more time on each panel. I suspect an admissions worker would be more impressed by a four panel comic with cleaner art and color than something long that looks a little bit like a first draft. I don't want to dampen your enthusiasm because I think it's great that you're interested in drawing and are making things on your own (and this may be late advice since I believe most college applications have already gone out) but in general, the more you can make a portfolio application look like you put a lot of time and focus into what's there, the more likely it is that it'll get noticed.

What sort of program are you applying to?

Recently I started experimenting with different styles of manga drawing. Here's a simple but cute character I drew last night for practice. 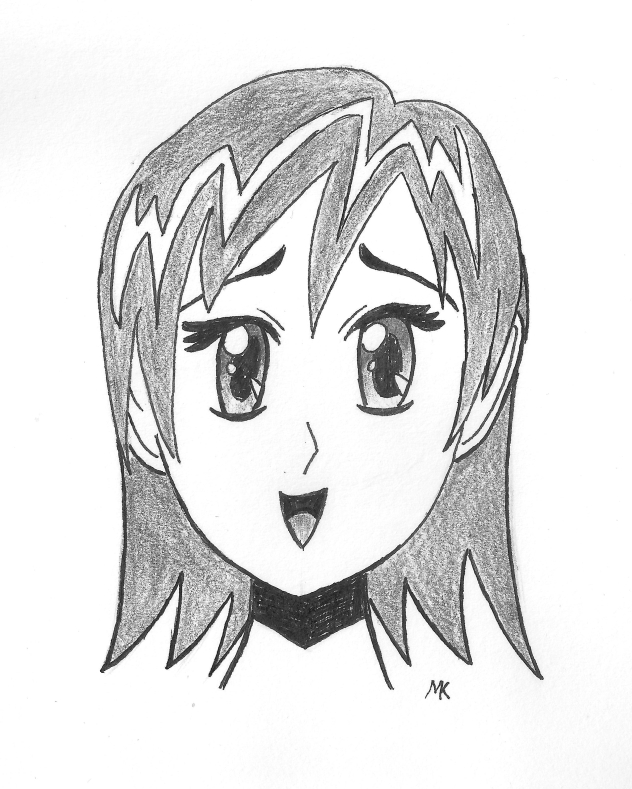 Late to the game, but those are pretty interesting Robukka

Brickcrazy: you may like those Christopher Hart books on Japanese animaiton drawing.  They're found at craft shops like Michaels, AC Moore, Hobby Lobby, and whatever's regional for you.

Woah, that is epic Brickcrazy. The facial expression is awesome, as well as the shading. I look forward to seeing more manga-style drawings from you!

I drew this while watching a movie tonight. 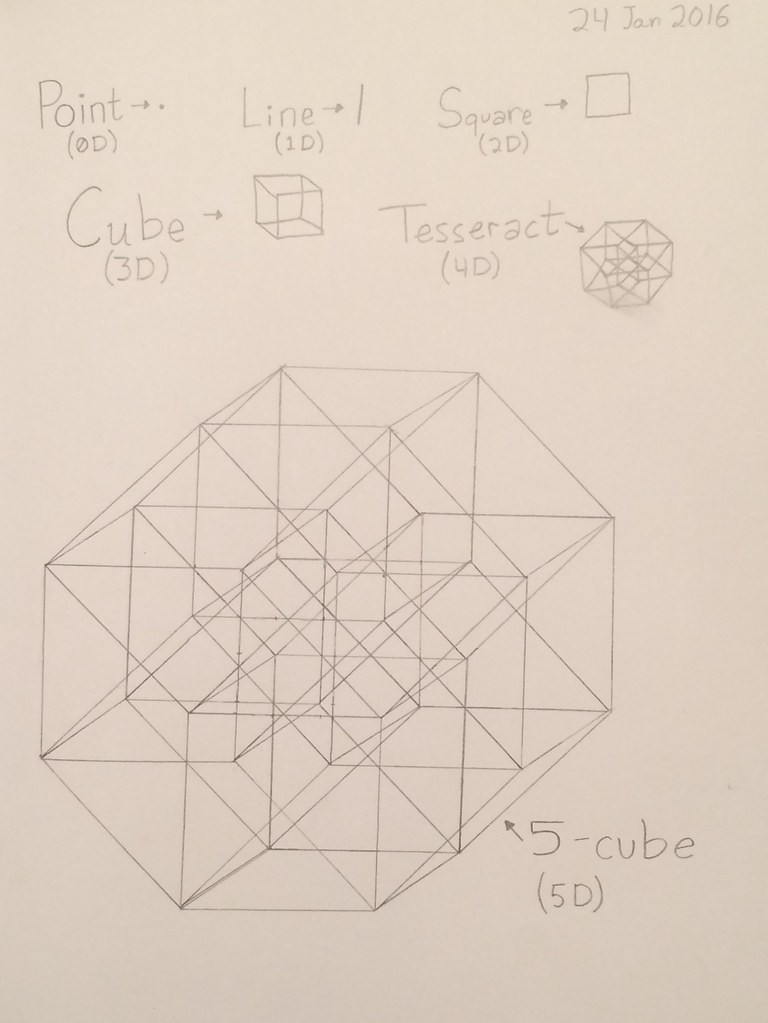 image by Rivvm m, on Flickr
Just curious, has anyone else drawn five dimensional objects just for fun?

Hmmm, I wonder which movie that could be. Perhaps the one in which love transcends both space and time?

No, but I love op art and do a lot of things that people who draw this would like.

You may like those Christopher Hart books on Japanese animation drawing.  They're found at craft shops like Michaels, AC Moore, Hobby Lobby, and whatever's regional for you.

Thanks for the suggestion HOO. I really should look into some books on the subject sometime, as basically all I know when it comes to drawing so far has come from personal experience and the internet.

Woah, that is epic Brickcrazy. The facial expression is awesome, as well as the shading. I look forward to seeing more manga-style drawings from you!

Thanks rio, glad you liked it! 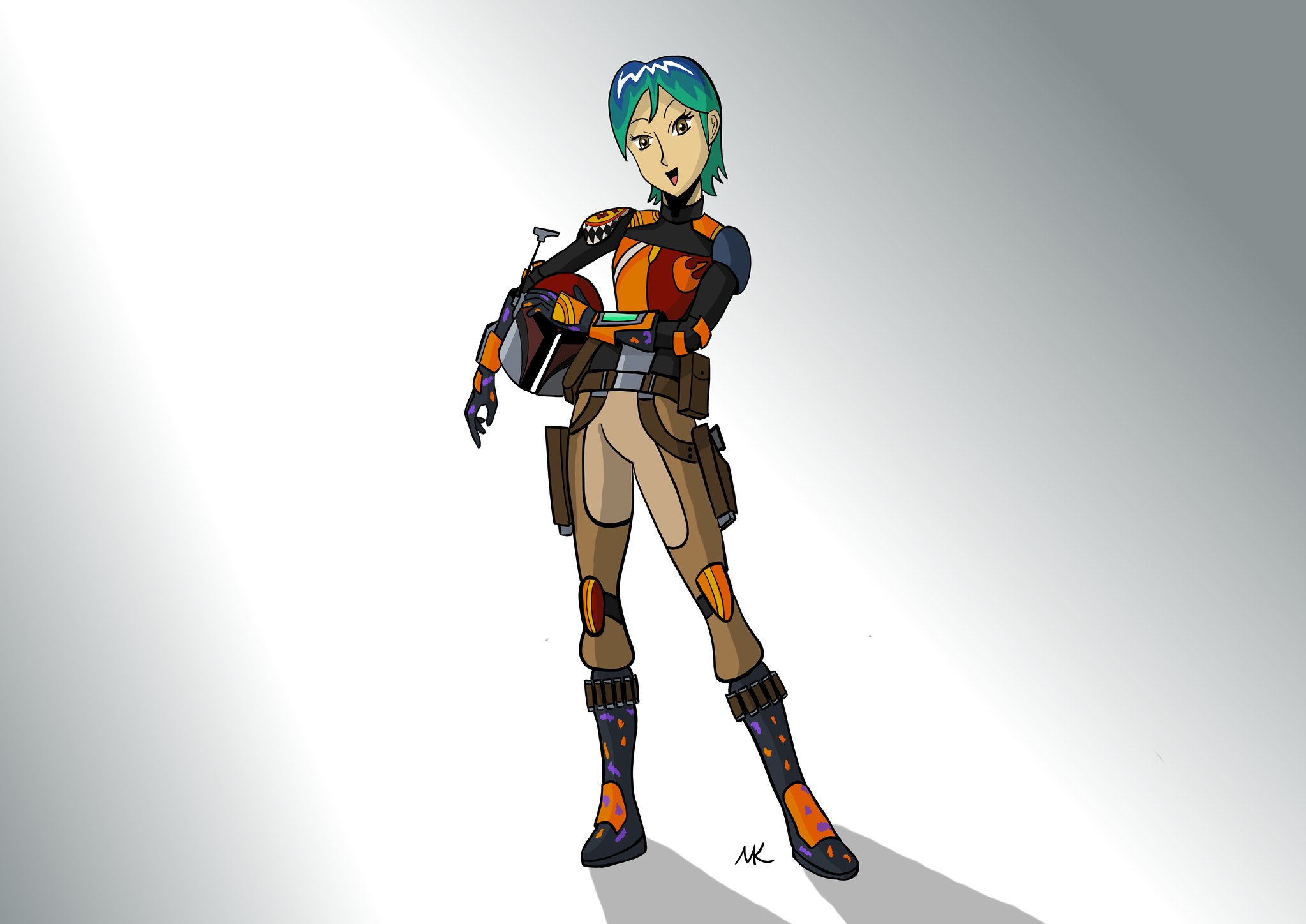 EDIT: went back and changed the backdrop a bit. The old one was distracting.

Yes!  this is your best sketch yet!

Late to the game, but those are pretty interesting Robukka.

Here's another so-so line art computer drawing, this one of Skylor from LEGO Ninjago, drawn as a human rather than a minifig. Drawn in an afternoon for a little contest I had with rioforce. Also, just in case people might find it interesting, here's the base sketch layers before I did the final inking, coloring, and shading. For some reason I like the look of sketchy WIP stuff Forums - Bricks in Motion » Community » Drawings and other Art