Galantic, that is a beautiful shot.
What lens did you use?

Here's the title from Welcome to Darkmoor: 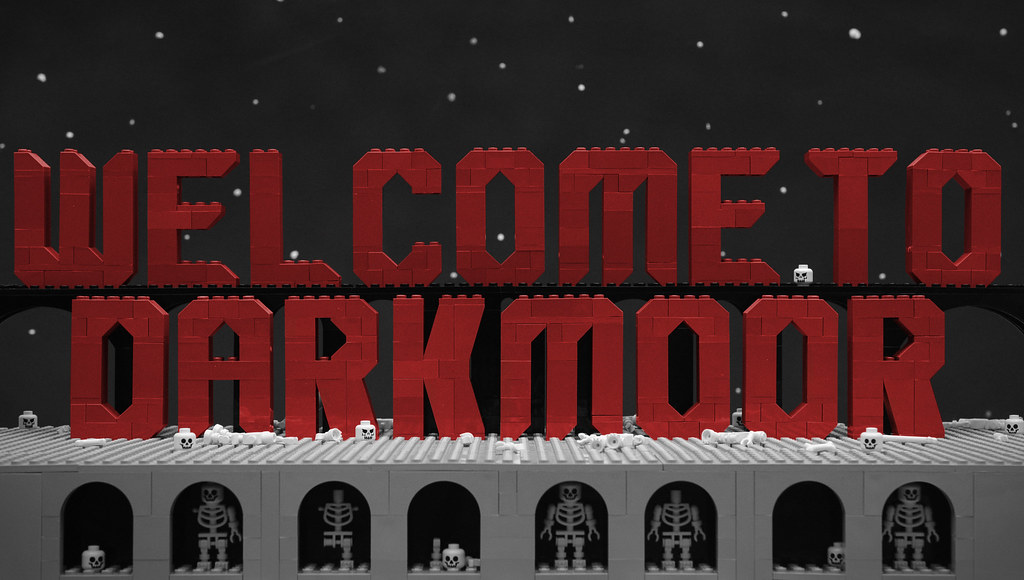 Building it and animating it was a challenge enough, but it took around six hours to colour it all in.

I couldn't decide which of these frames I liked best, so here are both.

(From our THAC XIII entry.) Out of respect to Aiwha, whose frame was before mine, I am actually impressed by it, becaue the head fills the frame yet is in-focus.  The composition is also very well-placed.

Jampot, the cut with the alien floating in the air on a transparent brick can be seen at 1:54 of the main video here:
https://vimeo.com/channels/holdingourown

It all takes a second, but I think it works well.  I can actually do a good job at masking; I just choose not to.

@1011Ev I don't know what model my lens is and not really sure how to find out since I'm really not well acquainted with that side of photography. I'd post a pic of it but I don't think that's allowed on this topic so I could pm you a pic of it if you want.

@BuilderBrothers I love these two frames! Animation wise, your THAC entry was definitely my favorite!

I quite liked your THAC film Builderbrothers, there were a lot of nice shots in there.

Thanks!
Besides colouring in the letters red, I added a slight vignette effect, and that's all.  The background is a canvas painted black with some occasional white dots.

The latter.
Originally, I tried to build the letters in red, but I soon realized that I wouldn't have enough red bricks, so I decided to go ahead and use dark grey bricks, which, in greyscale, aren't that much of a different shade from greyscale red.  All of the bricks on camera for this shot were black, grey, and white, but I still shot it in greyscale so that there wouldn't be any colour at all from lighting or anything.

I prefer to keep my camera set to greyscale when filming so that I can see what it's actually going to look like once it's done, plus it removes one step from editing, and I don't really need to have colour copies anyway.
Although, I have been trying to occasionally take colour photos of production as it comes along to document the process.  I've been trying to keep most of these hidden until after I finally release the film as seeing the sets in colour might possibly ruin the effect.  They all look rather silly for the most part, as I made some compromises to build the town with limited pieces, such as blue rocks and other issues.

Squid: those brick built letters are really nice, and the colouring in you did on them looks fantastic!

BuilderBrothers: Those frames are totally awesome! They look really professional, the way you lit, shot, and colour corrected it, looks really nice.

Here are two frames from my two last videos (is it ok to post two pictures? if not I can just remove one. Thanks)
A Peculiar Story: 2016 OsomStudios. By the way did any of you guys see the guy in the flowers and the clone trooper helmet in this frame? Weird I know....

Those are great, osomstudios! I love the lighting in the second frame in particular, the contrast and the light rays are really evocative. The hidden Stormtrooper helmet in the first frame is a fun easter egg.

Currently working on a short Star Wars project. It's only three pages of script and the majority of it's animated...just the hard part to go. I haven't animated a lightsaber fight or edited lightsabers in years, and though the results so far are quite rewarding, it's a long and laborious process. It's also odd, as this is intended to start as a tiresome training duel, to be animating a fight that is intentionally slow. It picks up pretty quickly, but certainly in the first few shots the pace is quite slow.

If anyone's read Obi-Wan & Anakin #1, this is adapted almost word-for-word/shot-for-shot from the Jedi Temple flashback in that. 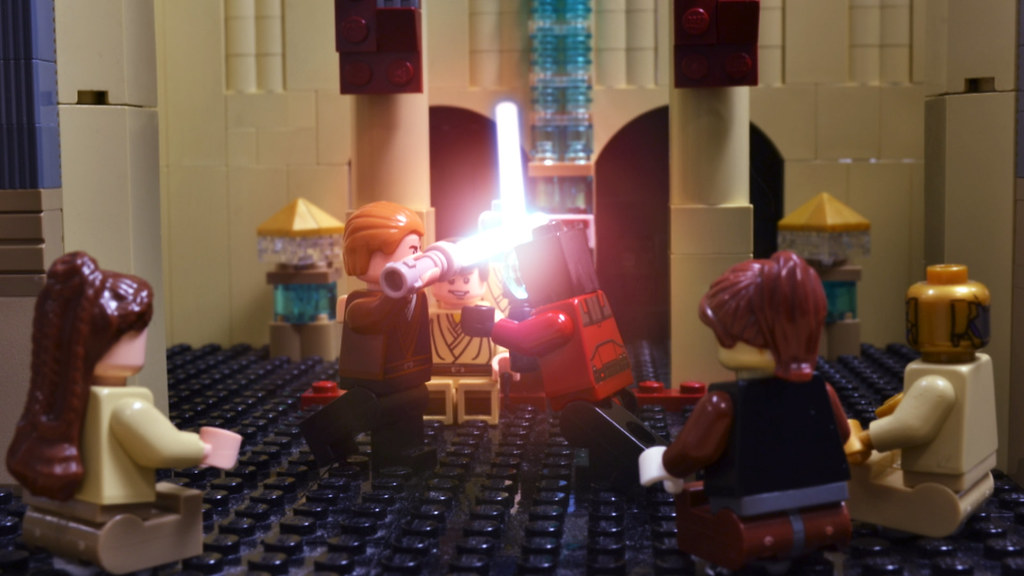 For any hardcore SW fans, those are sort of meant to be holocrons in the back, one of the padawans (hidden in this frame) is a Duro, and the padawan second-to-right is a Bothan (with a ponytail, she looks more bothan-y from the front). I actually went as far as assigning them all individual, distinct lightsabers, but we'll only see a grand total of three lit in this brickfilm so that's just an unnecessary side-note.

The first frames from my next original project Ghosts of War coming soon.

I'm afraid they won't. The training duel is only between Anakin and the Proxy droid.

If it's a test shot, it probably belongs in Critique my Frame.

Not a brickfilm but I'd like to share a frame from a project I released just a few days ago. It's from Teenage Mutant Ninja Turtles stop motion series Episode 1 called "The Newtralizer" (link to the video itself is below if somebody wants to watch)

The episode itself is here
https://www.youtube.com/watch?v=aJbaMFFgn9o

Ah, ok, thanks for clearing that up.

There are some excellent frames on this topic. It's impossible to pick a favorite, they're just all so good and different!

May as well share a frame while I'm here. It's from my lasted animation MECH, which I made for THAC.

Thanks, Jason. Yep, the plexiglass I used was kinda scratched up, which I guess did add depth even though it wasn't supposed to

And yes, it's from my THAC film. I forgot to mention that in the main post, but I just added it. This is a frame from my THAC entry, Mr. Jones normal life. I like it and decided to post it here.

Hey Smocktopus whats going on with the alien and person ? Are they talking through a mirror? Nice frame otherwise, All I'd add is too possibly add a bit more to the scene I'm confused as too where it is taking place.
Heres mine.

Edit I don't know why it has those weird blurs under the picture, it's not part of the picture but the image uploader itself. (Sorry)

He is talking to the guy, you can figure out what's going on in my entry. Nice frame. The glowing brick looks cool.

One of the earliest shots for HOO Episode 5 is completed.  I'm still feverishly animating Episode 4, but took a break for a shot that includes this frame: Do you recognize a specific constellation?

My Tumblr page features a few more photos from this sequence.

Orion the Huntter! Took me a while to notice it, but now that I see it it looks fantastic!