BiM member SlothPaladin, creator of recent brickfilms such as Beyond the Eleventh Dimension and Subterranean, has written a guide for animating figures in the often confined spaces of a brickfilm set:]

Some folks on YouTube wondered how I was able to animate some of the tighter sets in Beyond the Eleventh Dimension, in particular this shot with the inter-dimensional police are walking toward the elevator. (This writeup is based off a YouTube tutorial I recorded which you can watch here) 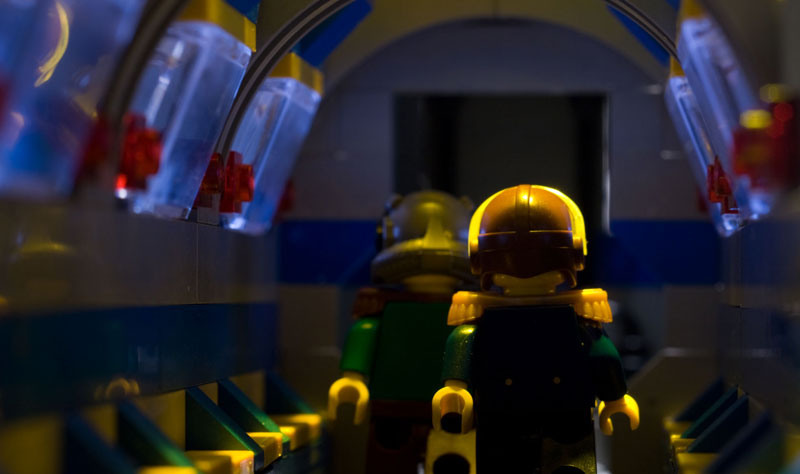 This is not some optical illusion, the minifigs are completely surrounded by walls except for the end of the hallway where the camera looks through to the minifigs. While I don’t have the set still I do have a photograph from when I shot the scene which you can see here:

In this particular instance I removed the floor every frame and would re-poise the minifigs before putting the floor back in from the bottom.

While this might be hard and time consuming it really creates the feeling that your characters are in the environment and can make your film much more immersive. You can also do a brief establishing shot set up like this and then cut to an angle where you remove walls, after the viewer has seen the characters surrounded by the set their brains will just build the rest around them for you. 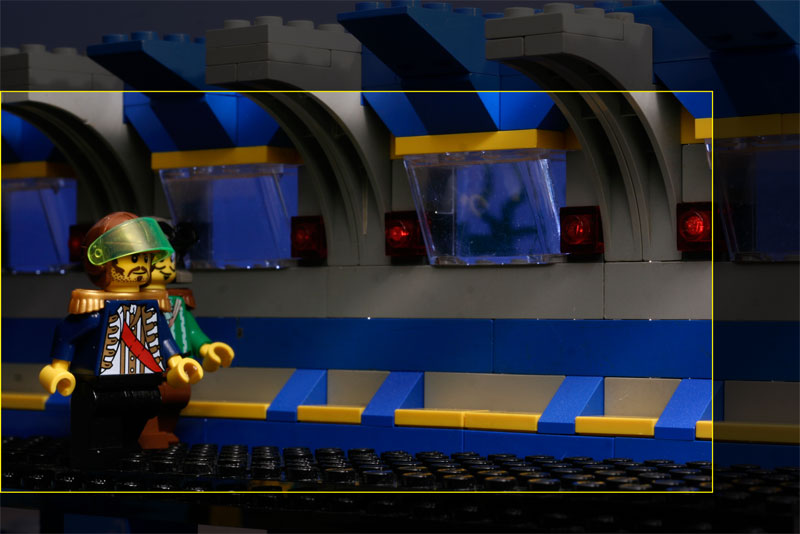 To do this kind of animation it’s best to build a set that is designed to be taken apart every frame, to show this I build a new example set. You can see an example animation I did in the set here, as you can see, walls ceiling and floor surround the minifig. 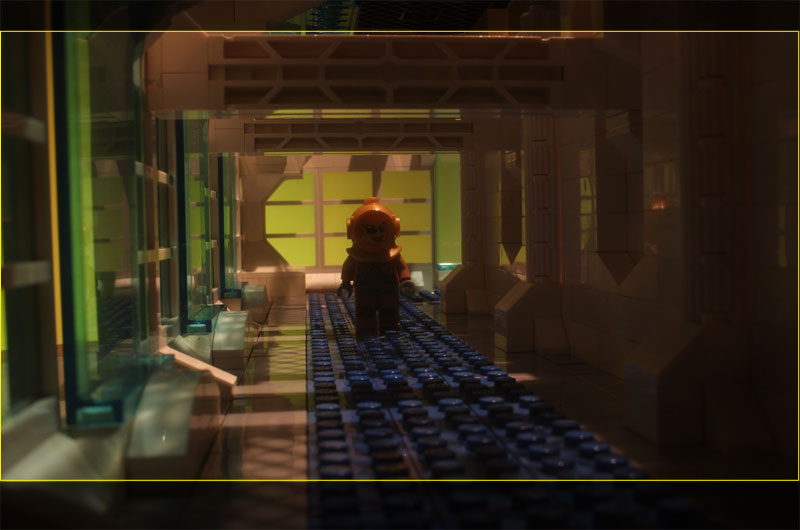 You need to make parts of the set easy to remove, I have created a puzzle like slot for the wall to fit into where it rests on flat pieces. 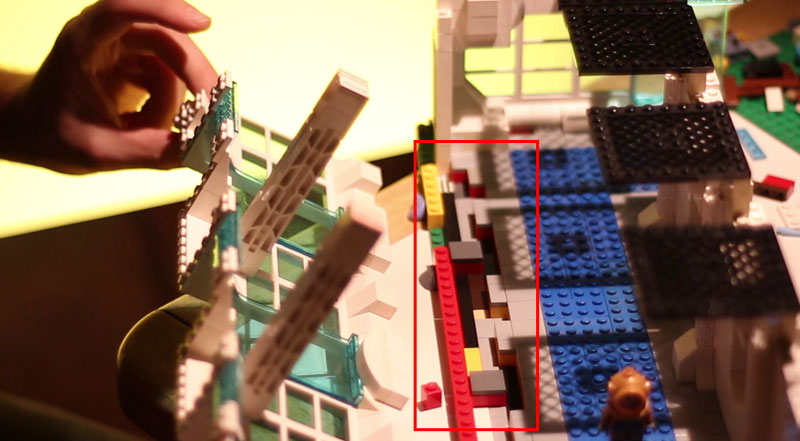 It is important that you have a place where the removed wall can be connected to the set via a brick, ideally you want it to connect to a very well built stiff piece of set, that way any flex will put back in the same place it was in the last frame.

I have little places for the cross beams to rest so they come back into the same position each frame, you’ll note there is extra room at the top to make it easier to slide the beams into place. you could build the cross beams into the set so they are not one of the removable elements but it creates another obstacle for your hands to run into as you animate. 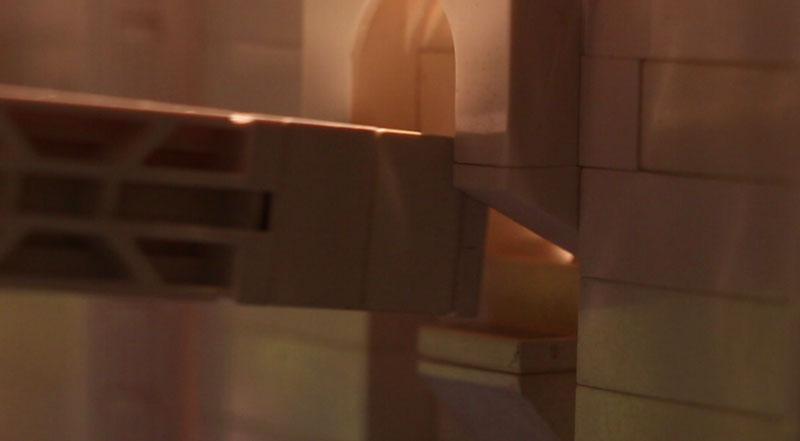 Remember sets don’t need to be boring walls, try to create immersive environments to draw your audience into the world you are creating for you minifigs.

This is really incredible and helpful. Thank you SlothPaladin for taking the time to make this, really appreciate it!

Awesome, makes me want to do this! Thanks Sloth for making this.

Thanks folks! Never let your imagination be limited by what you perceive as possible, try to ask yourself what kind of visuals your film calls for and then after you realize you need an 'impossible shot' step back and ask yourself how you could achieve that kind of shot, don't be afraid to ask others for help, I've seen some great brickfilmers swing in the chat just to see if anyone had some ideas on hard problems they wanted to see on screen.

Looking forward to seeing what you all create!