Have you made stop-motions with cameos? I never have done it, but I plan to.

-TSV
2 Corinthians 5:17: Therefore, if anyone is in Christ, he is a new creature. The old things has passed away, and behold, the new things have come.

What do you mean? With other Brickfilmers, or easter eggs in general? I can't say that I've done either, but a little clarification is good.

Cameos...  Usually, cameos mean hiding certain people in films so the fans can find them. An example of this is Stan Lee in the Marvel movies.

However, if you're talking about Easter Eggs, I'm sure a lot of people do that. Personally, I like to hide a character I call "Brick Supply Guy" in the background of my films. I made him up in 2011 for a LEGO music video I made. Unfortunately, I often tend to forget to include him in my short films... Here's a picture of him below. 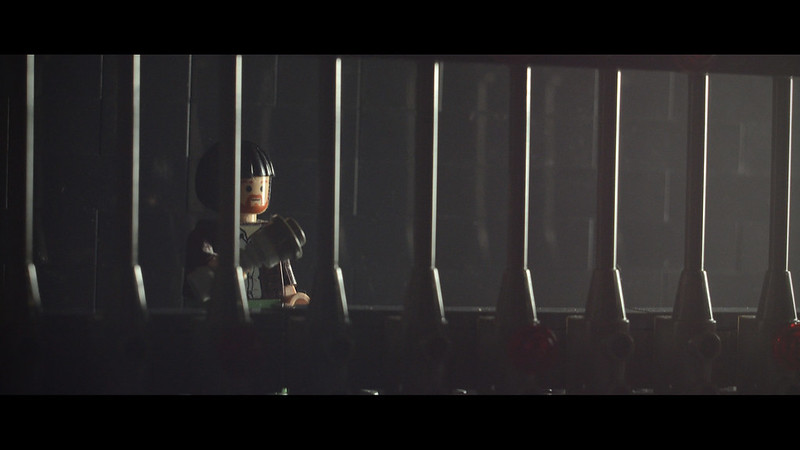 I also try to include a cameo of my SigFig in my films. However, I keep forgetting to put that minifig in there too...

What do you mean? With other Brickfilmers, or easter eggs in general? I can't say that I've done either, but a little clarification is good.

-TSV
2 Corinthians 5:17: Therefore, if anyone is in Christ, he is a new creature. The old things has passed away, and behold, the new things have come.

There are indeed Easter Eggs in Holding Our Own.  First is "The blue bird".  Near the end of Episode 1, Missy observes a blue bird who has a run-in with an other animal.

There were other animals in the scene which were all taken apart after filming, but I kept the bird together.  In episode 2, I re-used the bird to add interest to the Anime scene background.  It was then I decided that this bird would make an appearance somewhere in every episode.  It shows up in episode 3 during the traffic stop scene.  It will be somewhere in episode 4.  I like to have the bird move a little each time, rather than sit like a statue.

Other things I don't consider "Easter eggs", but there are six events recurring in every episode.  Only Mary Charles (Brick7) knows all six.  One of the six I'll have to tell, because I didn't start doing it until episode 2: Brent calls somebody a block head.

That's partially a Lego reference.  HOO features these every once in a while, where the characters almost hint that they know they're Lego.  In episode 2, Angela describes a naked person as "In the yellow".  Brent describes a very large book as the size of a "1x2 brick".

You can also scan HOO for old, long-discontinued Lego elements or Lego Modulex bricks.  You can find both in the general store in episode 3.  There are two Modulex bricks on the counter, and the shelf on the left has a bunch of round 1x1 red bricks.  Look carefully; one of them has no lower "rim" and is from the 1960s.  There's an old 1960s gray baseplate in the Polar Burger scene in episode 1.  Look around for lots of 1970s parts.

Closer inspection is something I love to encourage.  I remember the Builder Brothers posting that he (or they) freeze-framed and took note of every frame of The Lego Movie and founds tons of hidden treasures.  That's dedication.  I may have actually done that with Transformers: The Movie as a teen in the mid-1980s.  But of course, it's a lot harder on a VCR.