The results for the twelfth Twenty-four Hour Animation Contest are in! The theme was "A Fresh Start"

A huge thanks to our panel of judges: Smeagol, Funsucker, AquaMorph and Timothy R. for getting judging done so quickly. A without further delay, here are the results!

Fried Circuit - by ForlornCreature
Typically, THAC brickfilms take the comedic route. Not Fried Circuit. Almost immediately, this film hits the view with a punch to  the gut: the destruction of humanity. ForlornCreature manages to pull so much emotion from a short film, balancing emoting animation of a robot, with thoughtful pauses. This film will be remembered long past THAC.

Warshaw - by sillypenta
You can almost feel the grit in your teeth as you watch this film. The soundtrack, the visuals, the animation - everything lends itself to brickfilm of years past faithfully channeling Tarantino. This film deviates from Sillypenta's typical, well, silly films, and Warshaw is stronger because of it. It still manages to remain darkly humorous, and complements its simple story with memorable characters. A fantastic filmy.

Released - by AnW
This haunting, quiet film really strikes a chord. Without a word of dialog, Released relies entirely on striking visuals to tell it's concise story. It's quite impressive the clean, sterile visuals were achieved so well in such a limited production time. One particularly well-animated shot will grab the attention of any animator. This film will be remembered.

Hooray! All the above entrants win prizes. All the ones below win the bragging rights for having finished a THAC.

5th place
A Fresh Start'N - by Sonjira
Random, off-kilter and goofy, this film will delight some people and turn off others. But it doesn't matter because of ORGANIC MILK MONEYYYYY!

6th place
Turning - by Sean
While the animation is limited and the lighting, while interesting, is static, this film is all about the haunting original song composed just for this film.

7th place
New Recruits - by rioforce
The epitome of goof, this film certainly appeals to those with a taste for random.

8th place
Director's Cut - by DewVinci
While the technical qualities of this film are a bit rocky, a solid premise and funny slapstick animation make this film an enjoyable watch.

9th place
Umbrella Umbrage - Willow Tree
This delightful short film is reminiscent of a Pixar short, and the cute story is complimented by some clever animation.

10th place
N - by Max Butcher
A bizarre love letter to brickfilming, this film is chock full of references to brickfilms old and new.

The complete playlist of THAC entries can be found here!

To everyone who entered THAC: give yourself a pat on the back. It's not an easy feat to make a brickfilm in 24 hours. Here's to THAC XIII! See you next year!

Congratulations to all the Winners and Everyone who joined. Thanks Nathan Wells for hosting such a great THAC. I wish I could have joined.

Good job everyone, congrats to the winners!

Congratulations to all who entered! WE SURVIVED THAC.

Excellent judging job.  Perhaps the best job with results in all my time on BiM.  Jolly good show, everyone!

I'm especially glad Rioforce got on the list, I thought his was my favourite.

Congratulations to the winners, some of the films this year were really superb. Also, great job to everyone who finished, I never really realized until I entered this year how hard THAC really is.

Well done, everyone. Forlorn, way to win a THAC more than once.

Congrats to the winners! I will be contacting the top three via Bricks in Motion PM very soon to work out prizes and acquire shipping addresses.

I'm also going to be finally able to comment on my notable films of THAC, including several that didn't appear in the top 10.

My takeway from this is that my mistake was not making another Cramwe film. I'll remedy this next year. 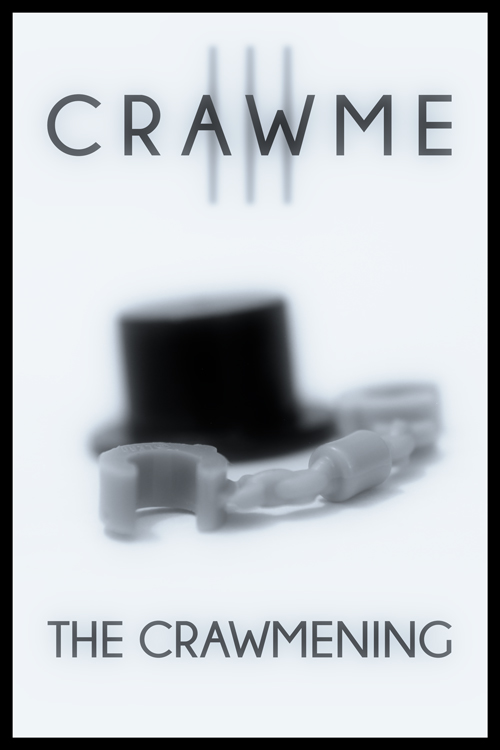 Really though, congrats to all. The judging this year was exceptional and I'm happy that everyone who placed, did. All well deserved.

All the winners were great films, I can't argue with the results

(though I wouldn't have minded my film making it

Boy transcribing chat got hard after "Face" was announced because you have to click on all the emotes faces used to be able to transcribe them.

Just finished watching all entries in the Top 10. Congrats to everyone who won; your entries were all fantastic!

HOLY HELL! I wasn't expecting to be on this list. (Sorry I couldn't be in the chat. I was out tonight.)

That clear mistake in judging aside, the right entry won and this year's THAC was very nicely run. God, I love this contest. Can we keep going for at least another twelve years?

Wow, it's so exciting to place so highly, amid all the other great films!

Thanks to the everyone who planned or participated in this contest! You guys rock!

Wow! This is my best contest placement ever! I guess I'm happy now that I didn't give up on this film when I wanted to. Congratulations to everyone in the top 10, especially Forlorn who I hoped would win. I'm very happy to see some entries I liked that didn't get as much attention getting on the top 10, such as Face and Director's Cut.

Thanks to Nathan, the judges and the entrants for a great THAC! Here's to THAC XIII.

Good looking top 10, and congrats to all entrants.  And a big pat on the back for the judges.

At least from my take on the judging, I think making a THAC film to win is more like making it to appeal to the judges, rather than actually making a nice film. It feels mildly biased.

Also, I feel that entertainment is not a criteria included in the judging process. They seem to completely overlook it as an important factor in a film. Don't take me wrong, I like all the placing films, I just feel that some of them aren't as fun to watch as some films outside of the top 10.