That 1st one is made of WIN.

He didn't read the rules i think. He thinks he can post just some LOL pictures.
So please Click here to see what I want to say.

''You don't have to tell him how great is coffee is man!''

Sorry, I know I'm 3 over the limit, but 2 shots are showing either a zoom/focus pull, or a change in lighting, so would I be OK?

I absolutely love the first shot of your entry, squash.
Though I have to say, you could definitely take out a few of those shots to make it at least 9 shots.
I still like it though. It fits the theme.

I just love the 7th and 8th shots.

Yeah, four days ago.
This should really be just a one week challenge. Two weeks is kind of ridiculous.

OK, give me a tiny bit more time, like a day.

Just chill Justaminfig, he'll post it when he has time.

First of all, my apologies for being late in the judging. I should have gotten to it earlier.

I think the main problem that a lot of you had was that you didn't really create something that was coherent. Especially when people don't know the context of your sequence, you have to give them some idea of where the characters are. Like, you can't just show events, you have to guide your audience so that they can make sense of them.

6. A. - Yours doesn't make sense at all, though the first picture is funny and slightly disturbing.

5. Max Butcher - This is too visually confusing for me; there isn't a real consistency about the shots, and it's very vague as to what is happening.

4. Just_a_minifig - The lighting is bizarrely inconsistent, and I think the general narrative in the sequence is boring. You're not really portraying the situation in a way that emotionally connects to the audience IMO.

3. filmyguy - The gradual desaturation is interesting, though I think things look too vivid at the beginning. I'd also enjoy seeing more of the background.

1. Squash - Quite nicely done, though there is a jarring violation of the 180-degree rule between frames 5 and 6. I'd be curious to know if it was intentional or not.

Yay! First time I ever won

The new theme is Control.

Have fun and be creative! Amaze me, you guys always do.

I'm not getting the whole gist on "feels too objective and impartial", but thanks nonetheless.

I forgot how predictable this Contest was.....

No offense intended, but I hope you aren't insinuating Night Owl chose my entry over yours because we had some sort of deal in place, or because I am highly respected as a brickfilmer (believe me, my films suck, regardless of how long I've been around). I worked hard on that entry, and even if it wasn't the best I'm fairly sure Night Owl didn't choose me because of any sort of personal relationship. Heck, I even loudly objected to his contest rule change. Please, try again, I will attempt choose the best entry regardless of who made it, and I think every other judge here would do the same. 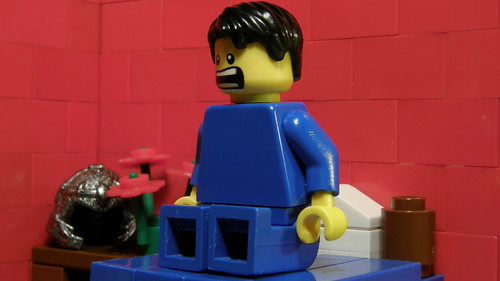 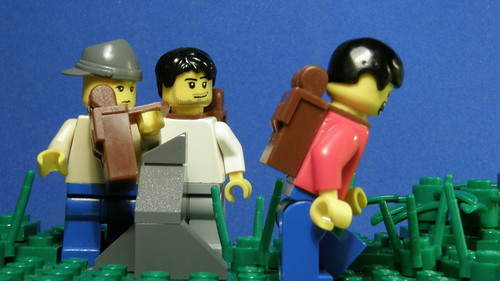 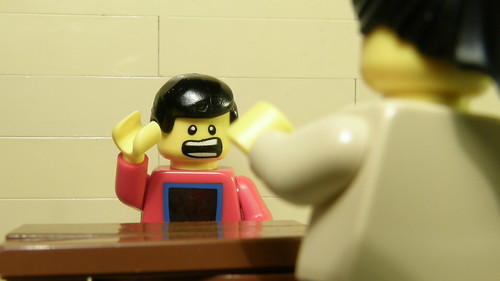 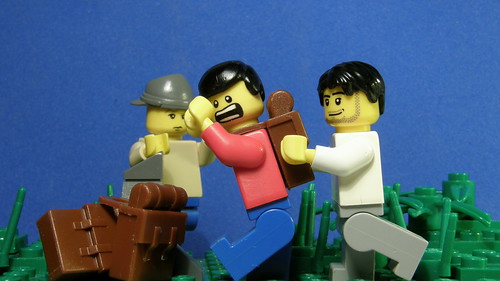 That face is priceless. 4. Captions are not allowed. Feel free to talk about behind-the-scenes aspects, but the entry itself should be purely visual.]

You know, I prefer the old thread over this one. I like what Night Owl is trying to do here, but I just don't think that it is working. There is just so much more work involved, having to create 2-8 more frames, and it's discouraging many people who entered the older contest from entering. Also, we are in the middle of the school year, which gives people less time to work on an entry. I personally like looking at just one frame, at the detail put into it, the set, the story, ect; on the other side, multiple frames demand my attention, so I constantly find myself looking away. Night Owl, if you want people to work more on their frames, asking them to also make multiple shots is not the way to go about it.

There it is, in a jumble. If you need me to clarify anything, just ask.