It is my HONOR and PRIVELEGE to return to you, THE PEOPLE, to host MANiiFEST, the second iteration of BricksInMotion’s experimental brickfilming competition!

The contest will run from July 17th to SEPTEMBER 10TH. This year, we have a AMAZING pool of prizes courtesy of our contest sponsors: Dragonframe, Brickstuff and the LEGO Ambassador Network.

So what's MANiiFEST all about? Well, for this year's contest, I'm hoping to summon - MANiiFEST - new, experimental and unique brickfilms that push the art of brickfilming - aesthetically, visually, and narratively - further than it's ever gone before.

As filmmakers, it's easy to get stuck in the usual, set-in-stone way of doing things; the same walk cycle, same camera angles, the familiar Hollywood stories we've seen done over and again for over a century now. And while there's a reason these things are done so much - they work (mostly, sometimes, kinda), sometimes you gotta SWITCH things up, BUCK the trends, and FIND A NEW PATH.

What's that look like? WHO KNOWS?? This is a contest that encourages both experimentation and invention in both narrative and non-narrative films.

The SKY'S THE LIMIT, REACH FOR THE STARS, experiment, try something weird, something you might not be sure is gonna work, and make something OUT THERE.

The couple of brickfilms in this playlist are some sources of inspiration that, imo, exemplify the creative and experimental spirit of this contest. Just as well,  check out the playlist of last years entries, but please don't limit your inspiration to this small number of works. WATCH WIDELY.

Prizes for this year's competition are generously provided by our sponsors: Dragonframe, Brickstuff, and the LEGO Ambassador Network! 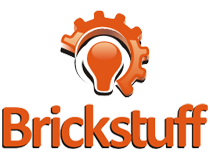 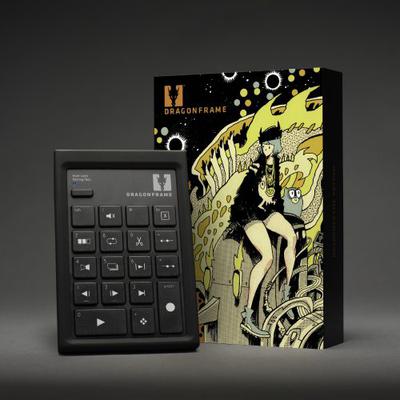 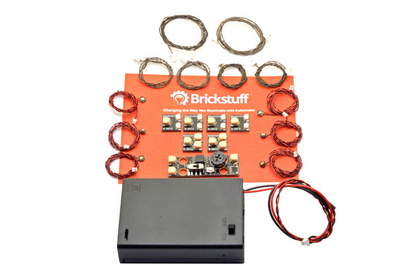 Entries will be judged on their overall creativity, originality and interpretation of the contest's theme and spirit by the 6 judges. Rather than judging on specific categories like animation or story, the judges will examine each film on how well it comes together, whatever kind of film it is, as a complete artistic work. Films will be discussed and ranked collectively by the judges until a consensus is reached. The top 3 films will be eligible for the prize pool. Entries below 10th place will not be publicly ranked.

Seán Willis
aka, Penta is the former administrator of Bricks in Motion and longtime brickfilmer and community member. He manages the Brickfilms Wiki and is a co-host on World of Brickfilms Podcast.

William Osborne
is a Bricks in Motion Area Moderator and prominent community member. They are best known for their App Man series and as creator and co-host of the World of Brickfilms Podcast.

Lucas Mass
is a filmmaker and longtime community member. He is best known as co-director of THAC XV winning film The Exquisite Corpse, and the Ben and Eric series.

EdBound
is an animator and filmmaker known for his zany parody and comedy brickfilms, including his “Movies In X Minutes” series.

Forlorn Creature
is an animator and filmmaker known for his longform brickfilm series, Against The Sky and Minecraft: Creepers, and the LEGO SCP Brickfilm series

Ben Young
aka Sonjira is a Bricks in Motion moderator and longtime brickfilmer, known for his films I'LL NEVER BE LONELY AGAIN, WHERE IS MY DOG PIKO??, and his BRAWL 2018 winning film HEADLOOSE.

•    Entries should use LEGO or similar building toys as primary elements.
•    No mature/explicit content is allowed. This includes, but is not limited to: excessive swearing, excessive violence, overt sexual content, and blatant drug references.
•    There is no maximum runtime. Remember, it is better to focus on quality and attention to detail than to make a very long and ambitious film, but let the quality suffer. A highly-polished three-minute movie is better than a ten-minute movie that falls apart because the director ran out of time to do it the right way. The judging system won't favour a film for simply being longer, but low production values will hurt a longer film when competing against a shorter film that is better made.
•    Submitted films must be new films, created for this contest. Even if you did submit a film you began working on before this competition was announced, that would be fine as long as you haven't released it anywhere before this contest, and it fits the theme of this contest.
•    Films may not be posted publicly until after the contest deadline has passed.
•      The entry you submit to the judges must be the entry made publicly available to everyone else. This means you can't submit a rough version for judging then post a polished version you spent more time on as though it were your entry to the contest publicly. You may post reworked versions of your film once contest judging is completed and results have been announced.
•    Use of movie soundtracks is extremely discouraged, as it would take away from your film's originality, but songs, for example, could be used to enhance the experience, so use discretion in your use of copyrighted music. All music must be credited, even if you made it yourself.
•    Entries that use characters from trademarked properties as source material are allowed, but discouraged. Entries that use old works that are now in the public domain or create their own characters will have a better reception. Originality and invention is the key here. And also, this contest is about pushing boundaries, so make up your own stories and characters, c’mon, i know you can do it.

The deadline for submissions will be Saturday, September 10th 2022 at 11:59 p.m. Eastern Daylight Time.
Films may be submitted as early as the beginning of July 17th 2022, though they cannot be made public until after the deadline has passed.
To submit your film, send a link to your entry to: [email protected]
Our preferred method of submission is unlisted YouTube links. If you do not have a YouTube account, we also accept password-protected Vimeo uploads and Google Drive links (Be sure to change the privacy settings so that anyone with the link can access it.)

Q: What do you mean by "Experimental Animation"?
A:  Simply put, this is a contest that encourages people to challenge conventions and make films that push themselves and the community forward, artistically, aesthetically, and/or narratively. It's in the experimental "pool" where often the trends and styles that go on to dominate the mainstream culture are first incubated, by artists asking "What if I did X but Y?"

These kinds of films can have "plots" but they can also be focused more on visuals and the feelings they give the viewer, think of a lot of music videos you may have seen that, instead of telling a straightforward story like a regular film, show visuals that match the feeling the song is supposed to give you when you listen.

Q: Are we allowed to use the contest logo in our entry? In the credits of our film, for example?
A: Yes, although this is not required. If you want a high-resolution version of the logo to use in the credits of your film, here's a folder with both the higher res and animated versions of the logo: https://drive.google.com/drive/folders/ … sp=sharing

Q: Should entries focus on a particular genre?
A: Your film can fall into any story or visual genre you like. What we're looking for is invention and creativity, and that's often achieved by melding several genres and types of visuals to create something really unique!

Q: May we post trailers, images, or other work-in-progress elements of our film publicly on the forum?
A: This is encouraged! Feel free to post about the progress on your film on the Discord or in the forums. You can even make a thread devoted to your progress on a film if you like.

Q: Can we use some non-LEGO elements in building our sets and characters?
A: Yes! The intention of the rule is to put the focus of films made for the competition on LEGO filmmaking, but with this particular contest mixing and melding different elements is definitely encouraged! Think about what the contrast and use of different elements can help you accomplish narratively and visually

Q: Are we required to include any "mod elements" like BiM's THAC contest?
A: No, there are no mod elements in MANiiFEST. Those are used in THAC to ensure films are created in the 24-hour period. You have two months this time. Even if you did submit a film you began working on before this competition was announced, that would be fine as long as you haven't released it anywhere before this contest, and it fits the theme of this contest.

Q: How fast and loose should I play with the content restriction rules?
A: Ultimately, we want winning entries that won't earn us angry emails from parents, or concern from contest sponsors (present and future) if they win and are celebrated throughout Bricksinmotion.com and our social media postings. This community has members of a diverse variety of ages and backgrounds in it, so for a competition we want to be respectful of that. These rules are undoubtedly going to be limitations for some filmmakers, but we believe it's still possible to make compelling, even dramatic stories within these limitations. Potentially, one could approach them as creative limitations that empower the filmmaker to find more original, inventive ways of conveying ideas in a film.

Q: When can we share our films publicly?
A: As soon as the contest deadline passes, September 10th at 11:59 PM EDT.

Yoo this concept is so clever! Time to get started

I’m super excited to enter my first manifest this year, but I have  one question, if my animation skills are lacking and I push myself to get good animation will that count for something?

Let's go! Give me that dragonframe

This will be so fun!

hopefully I can enter