Wow. Really enjoyed it you guys.

This honestly inspires me to make some more brickfilms. I don't really have any in the works other than my unfinished THAC entry, but watching this makes me want to make some more. Brickfilming has meant so much to me because it was the first step on a path of where I want to take my life: going into the film industry. This documentary genuinely made me think and reflect on why I started in the first place and why I love what I love.

I know of a good summer brickfilm project you can work on before college....

I watched it last night with my dad and it was so cool. Really great job to everyone involved! What stood out to me is how perfect this film is visually. The style of the film is established from the start; all the titles look fantastic, the cinematography is great, the colors... super, duper good. (It'd be interesting to see a behind-the-scenes for some of this, as I recall you guys talking about doing the nameplates with real LEGO?) As Chris W. said, its really inspiring and makes me want to make more films.

The style of the film is established from the start; all the titles look fantastic, the cinematography is great, the colors... super, duper good. (It'd be interesting to see a behind-the-scenes for some of this, as I recall you guys talking about doing the nameplates with real LEGO?)

Glad to know the effort put into cinematography paid off. It was a really interesting challenge to get the best results we could with a tiny (relatively) budget and equipment that could be fit into a couple of suitcases for travel purposes but I'm happy with what we were able to achieve. And I spent about a month on color grading; it was more time-intensive than I expected to get it to where I was happy with it, but I learned a lot about color grading in the process.

Given the tiny crew and limited resources, we didn't do a great job of documenting the behind-the-scenes aspects of the project. Cartoonkid98 (camera operator in Europe) posted some nice behind-the-scenes images earlier in this thread.

Rioforce designed, built, and photographed real LEGO models of the peoples' names, yeah. It was something I had planned since before filming started, but we didn't have the time to do properly so I was very glad to get Rio's help with it. He did a fantastic job approximating the lighting and camera angles of the shots I wanted to composite them into, so that made my job easier. 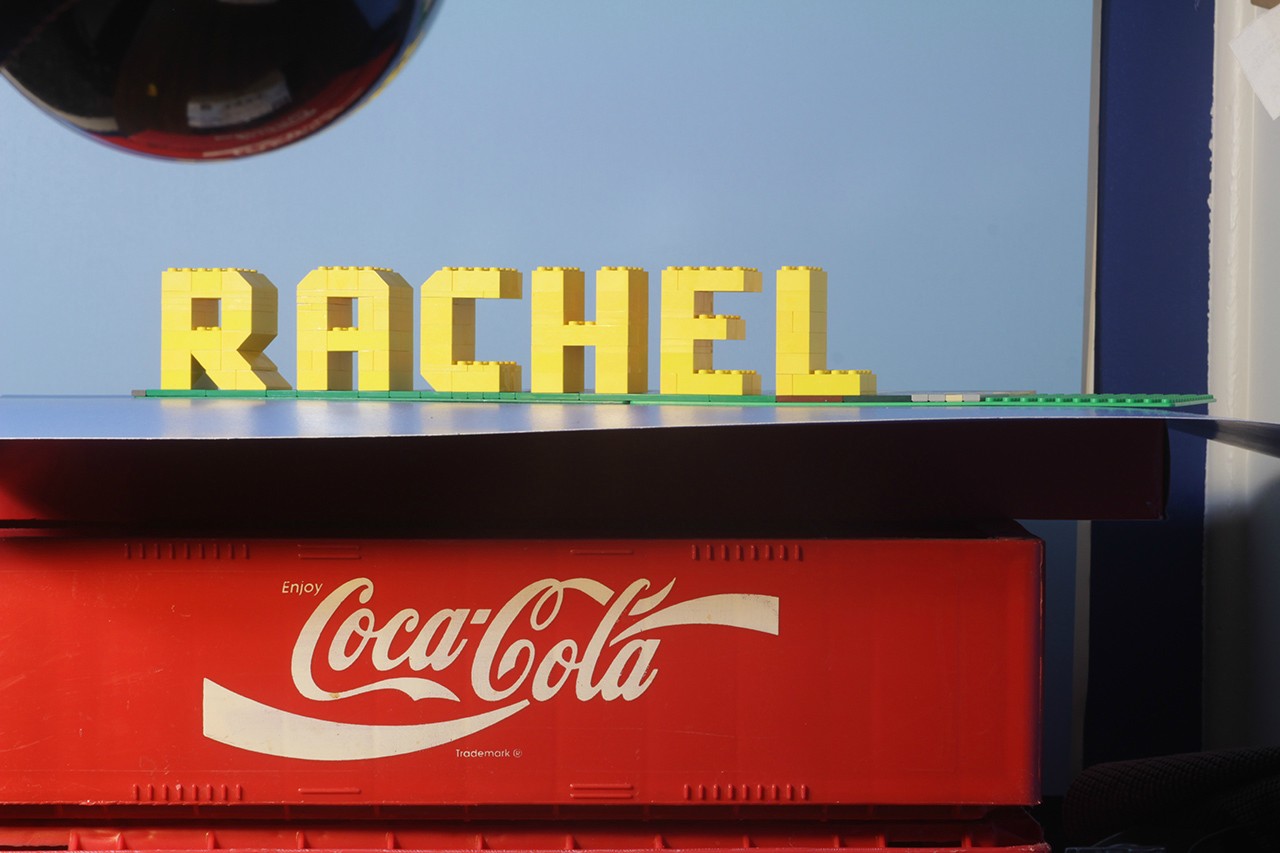 The interviews were shot with a Panasonic Gh4 on a Helios 44-2 58mm lens. I like the texture of the images that older Russian lenses produce, so we used those a lot on this doc in addition to a custom-modified, old Canon FD zoom lens with a similar, vintage aesthetic for some of the b-roll. Most b-roll was shot with the gh4 as well, but we also used an a7s for some additional b-roll because of its low-light and dynamic range abilities.

Here's a look at the rig we used for interviews in Europe, it's a modified Gini-Rig configuration with a Manfrotto 410 tripod head which was nice for dialing in framing in such a controlled type of shot, and Q-666C legs, which are carbon fiber and made to be compact and light for traveling. 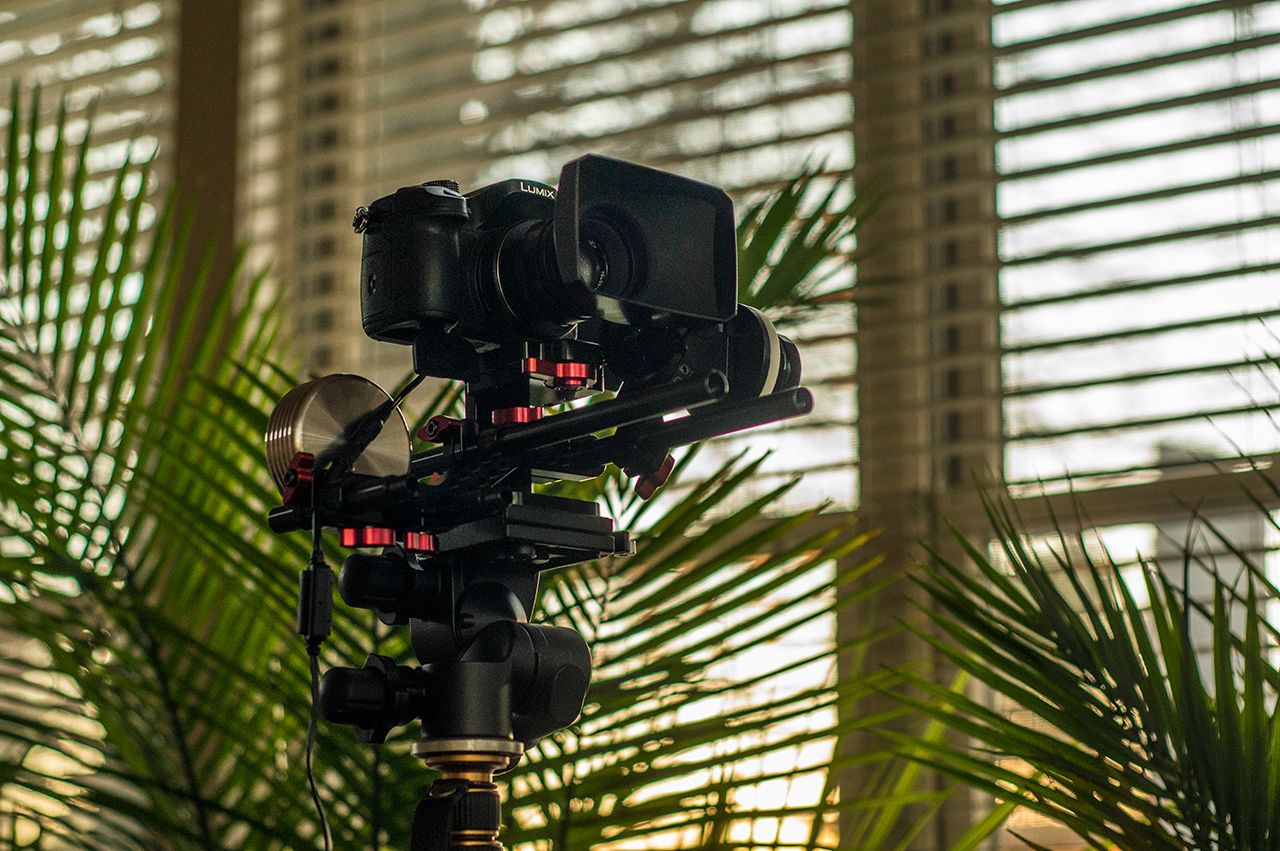 Dang, I love the film guys! The interviews really struck me because they turned out to be way deeper than just a synopsis of each person's brickfilming past - I really wasn't expecting them to get so profound and emotional, but I loved that they did because it made the whole film very personal. And I was also really surprised by the wonderful visual style, both in the cinematography and in the animation.

But yeah! I just loved how personal the whole thing was - really feel like it ties the community together.

Smeagol posted a quick behing-the-scenes of the LEGO title cards above, but I thought I'd make a really quick video showcasing the entire process if anyone's interested:

I had lots of fun working on all of the LEGO titles for the Doc Aligning lighting and camera angles are super duper tough. But I love challenges.

Great job, rioforce! When we saw the documentary, we thought those LEGO titles were really very cool and wondered how you managed to get exactely the right angle and lighting so as to fit so well with the natural set...

I paid for my copy a while back I believe it was last year?

Whats happened with this and why hasn't there been any posts or updates since?

Can anyone confirm a date for when it will be released especially the digital copies I'd like to know.

Divine, your reward (a digital copy of the film) was sent on January 3rd of this year to the email address you provided us. In your case, the email address in question appears to be your first name followed by an underscore and your last name, at yahoo's Australian website.

ohhh thank you for that. I just realized that was the email i used. Its just my old email but ill be able to access it

Thanks very much for responding. I must have missed people talking on the topic.

Ill check it out, appreciate it Smeagol.